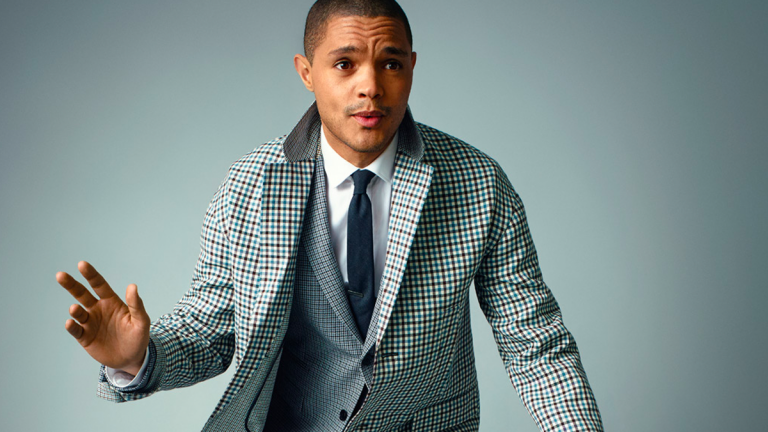 Trevor Noah is a Comedian and “Daily Show” host on Comedy Central and is the most famous comedian from South Africa.

Trevor began his career in media in 2002, at 18years when he featured on an episode of a South African soap opera “Isidingo.” He later started to hone his skills as a comedian in his 20s, taking to the comedy stage due to a dare from friends. His skill and talent blossomed, and Noah became one of the leading figures of stand-up comedy in his country. In 2012, at the Edinburgh Fringe Festival, Noah staged a one-man show “The Rascist” and in the same year made his U.S. TV debut on The Tonight Show with Jay Leno, becoming the first South African comedian to appear on the program. The following year Noah had his own comedy special on Show-time, “Trevor Noah: African American.” And in late 2014, Noah landed yet another major gig, debuting as a correspondent for Comedy Central’s ”The Daily Show” with Jon Stewart.

What more do we know about Trevor Noah?

Trevor had these to say at different occasions;

“Comedy is a great tool. We are trying to find ways to use humor to enlighten people without preaching to them.”

“We spend so much time being afraid of failure, afraid of rejection. But regret is the thing we should fear most.”

“Progression, in my opinion, is often identifying shortcomings – whether it’s views or the things you’re doing in your life, your relationships – and trying to find the places where you improve on those.”

Trevor is the future.