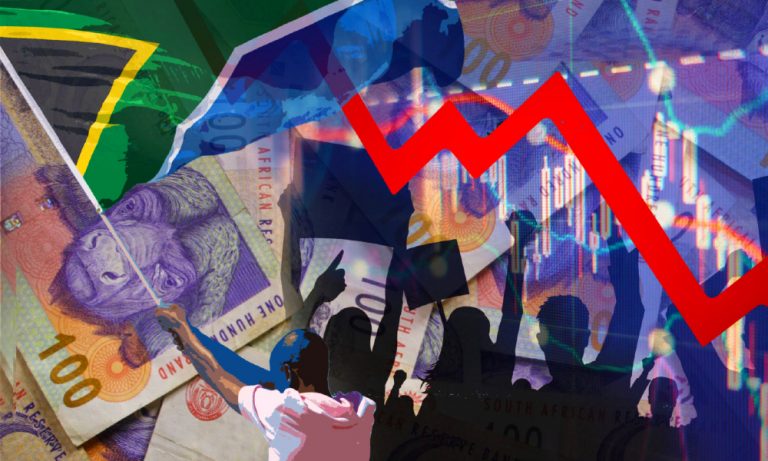 Having gone into recession even before the advent of the global pandemic, South Africa’s overall GDP is expected to decline by at least 5.1 and up to 7.9 percent in 2020 and recover slowly through 2024. This will lead to major setbacks in addressing poverty, unemployment and inequality, according to a new UNDP study on the socio-economic impact of COVID-19 in South Africa.

The study focuses on how COVID-19 will drive temporary and long-term changes in poverty levels in South Africa. The number of households below the poverty line increases as households fall from the lower middle class. Fifty-four percent of households that have been pushed out of permanent jobs to informal or temporary contracts as a coping mechanism for businesses affected by COVID-19, are likely to fall into poverty after the 6-months stimulus package is over. Thirty-four percent of households are likely to exit the middle class into vulnerability.

Go deeper: The South African economy recorded its third consecutive quarter of economic decline, falling by 2,0% (seasonally adjusted and annualised) in the first quarter of 2020. This followed a contraction of -1,4% and -0,8% in the fourth and third quarters of 2019, respectively.

Extreme poverty levels could increase by as much as 66% in 2020, with 34% of middle-class households likely to fall into the “vulnerable class”. In the best-case scenario, over 47,000 South Africans could lose their jobs this year in a country where unemployment already stands above 30%.

The continent’s most industrialised economy rolled out a strict lockdown in March to stop the spread of the coronavirus disease, COVID-19. The resulting restrictions on businesses, the jobs and incomes lost, has exacerbated existing hardship in one of the world’s most unequal societies.

Financial sector regulators have warned the public of the re-emergence of fraudulent and unlicensed financial schemes seeking to take advantage of Kenyans during this Covid-19 period.

Go deeper: It is no longer news that the continent experiences financial fraud schemes that people fall for. The methods are usually different and quite convincing. And now that most of our activities have gone online, more people are vulnerable to fraudsters.

Fortunately, Kenyan authorities have identified an increase in these activities and are warning its citizens. It is now left to citizens to tuck in their greedy pockets.

The Hawks on Monday arrested three people, including two police officers, after they allegedly diverted over R692,000 in Unemployment Insurance Funds (UIF) funds.

The funds in question were meant for a company that had applied for relief from the fund.

Go deeper: Fund diversion is a rather legal phenomenon on the continent, when you consider how a lot of politicians and people in authority get away with this. This is enabled by a system where less than 10% of the stolen funds is gotten back after the culprit is charged to court. Also, by a system that hardly picks out corrupt individuals or organisations.

Africa to be declared free of wild polio

Africa is to be declared free from wild polio by the independent body, the Africa Regional Certification Commission.

Polio usually affects children under five, sometimes leading to irreversible paralysis. Death can occur when breathing muscles are affected by the paralysis.

Go deeper: There is no cure but the polio vaccine protects children for life. Fortunately, more than 95% of Africa’s population has now been immunised. This was one of the conditions that the Africa Regional Certification Commission set before declaring the continent free from wild polio.

Nigeria is the last African country to be declared free from the disease, having accounted for more than half of all global cases less than a decade ago.

Tunisia’s Prime Minister-designate, Hichem Mechichi, has unveiled a new government made up of technocrats rather than members of political parties.

This is the second cabinet to be named in six months in Tunisia.

Other details: Mechichi had previously said he wanted a cabinet made up of independent technocrats to “present urgent solutions” to the country.

The powerful Islamist party Ennahdha said it was not consulted in the naming of the new government and wants a political government that reflects the parties in parliament. But the party has also said there’s need to approve the new government to prevent an early disruptive early elections.