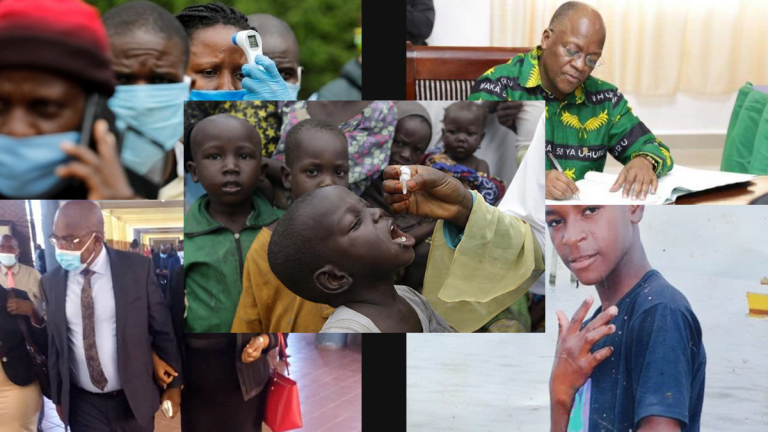 Africa has been declared free from wild polio by the independent body, the Africa Regional Certification Commission.

Twenty-five years ago thousands of children in Africa were paralysed by the virus.

The disease is now only found in Afghanistan and Pakistan.

There is no cure but the polio vaccine protects children for life.

Nigeria is the last African country to be declared free from wild polio, having accounted for more than half of all global cases less than a decade ago.

Go deeper: The disease was very well publicized during the polio epidemics of the 1950s, with extensive media coverage of any scientific advancements that might lead to a cure.

As countries work to suppress COVID-19, many of the same basic traditional public health methods used in polio eradication, including contact tracing and surveillance, are key to breaking the chains of transmission and saving lives and livelihoods from the first coronavirus pandemic in human history.

As recently as 2012, half of all globally recorded cases of wild polio virus were in Nigeria – the last country in the region to rid itself of the virus. However, as with the COVID-19 pandemic, the lesson is that it is never too late to turn a disease outbreak around. Through hard work, new innovations and ensuring that no child was missed, Nigeria and the entire African region have now defeated polio.

African countries are closing in on 1.2 million coronavirus cases mark, according to an update by Africa Centres for Disease Control and Prevention (CDC).

Africa CDC has been urging nations to be more aggressive in dealing with the pandemic, calling for more testing and contact tracing.

It recently launched an antibody testing drive to understand the magnitude of the virus infections in the continent.

Other details: The continent passed one million cases on 6 August, but the rate of increase has slowed.

In the week ending 16 August, the WHO Africa region (which excludes Morocco, Egypt, Sudan, Somalia, Djibouti, Tunisia and Libya) reported the largest decrease in new daily cases and deaths globally.

The growth in numbers of new cases was down by 27% and in deaths by 21% compared with the previous week, largely due to falling numbers in South Africa, Kenya, Algeria, Nigeria and Ghana.

However, Ethiopia reported a 56% growth in new cases and a 12% increase in deaths, with more than half of the cases in Addis Ababa. The country is running a mass testing campaign, aiming at conducting 400,000 tests in one month.

Could it have been worse?

Campaigning begins in Tanzania on Wednesday ahead of a general election due at the end of October.

The ruling CCM party has dominated Tanzania’s politics for decades. A united opposition during the last election gave the party the strongest challenge yet.

But the crowded race this time could give the president greater advantage.

Mr Magufuli was widely praised as a reformist when he took office five years ago but has since been accused of stifling dissent.

In June he controversially declared that the coronavirus had been defeated in Tanzania through the power of prayer.

Most Tanzanians have since resumed normal business in spite of concerns raised by critics at home and abroad.

This year’s election is expected to be the most challenging yet as the government continues to clamp down on dissent.

Go deeper: Part of the opposition challenging the current President is Tundu Lissu, who just returned from exile in Belgium where he underwent treatment after he was shot multiple times three years ago. The political landscape in Tanzania is really interesting and it will be worth it to see who comes out victorious at the coming elections as President.

A court in Zambia has acquitted Health Minister Chitalu Chilufya on all four charges of being in possession of property suspected to be from the proceeds of crime.

The Lusaka magistrate’s court ruled that there was insufficient evidence to try him.

The failure of the head of the Anti-Corruption Commission (ACC), Rosemary Kuzwayo, to show up in court to explain why the commission had suspended an officer who doubted its conclusions appears to have led to the acquittal.

The prosecution had also informed the court that it will not call any other witnesses but rely on evidence given so far.

For its part, the defence asked the court to acquit their client if the prosecution had no further evidence.

The acquittal of Mr Chilufya may not go down well with anti-corruption campaigners, especially as it comes after President Edgar Lungu accused investigative agencies of targeting his ministers in order to weaken him.

Go deeper: Chitalu Chilufya, was arrested in June accused of using ill-gotten gains to acquire assets. He was charged with possessing property suspected to be proceeds of crime.

This could be an opportunity for the Health minister to prove that corruption is not in his jurisdiction by being transparent in letting Zambians know how the supplies were utilized.

Angolan security forces have killed at least seven people – all of them teenagers – between May and July while enforcing measures to curb the spread of coronavirus, an investigation by international rights body Amnesty and Angolan campaign group Omunga has found.

The youngest victim was 14-year-old Mário Palma Romeu, known as Marito, who was shot on 13 May while out on a shopping errand.

All the killings took place in poor neighbourhoods of the capital, Luanda.

In one incident a young man with pre-existing health problems was stopped by police because he was not wearing a mask, he was forced to do a somersault as a punishment, when he refused a policemen fired a gun over his head, the rights groups say.

He was taken to hospital where he died. Neighbours told officers that the young man had problems with his heart and hypertension. The results of the autopsy have not yet been released.

Amnesty said in a statement that the investigation was done by piecing together accounts of families and friends and alleges that officers from the Angolan National Police and Angolan Armed Forces are suspected to be responsible for the killings.

The rights body urged Angolan authorities to ensure their ongoing investigations are swift, independent and impartial.

They also called for those suspected to be responsible for human rights violations and abuses be held to account and families provided justice, truth and reparation.

Go deeper: “The ultimate aim of combating the spread of Covid-19 should be to save lives and protect livelihoods. When state agents are responsible for the killing of people, it defeats this purpose,” said João Malavindele, executive director of Omunga.

African countries have been imposing curfews to curb the spread of the virus, which should result in preservation of lives in these countries. But when we hear cases like this where people are shot, mostly teenagers, one begins to wonder what is more dangerous, the coronavirus or the Angolan policemen?