Y! For Africa Focused on Emerging Leaders and Culture Shapers
Home 54° Across Africa #TFAASPOTLIGHT: Evans, LED to light up Africa. 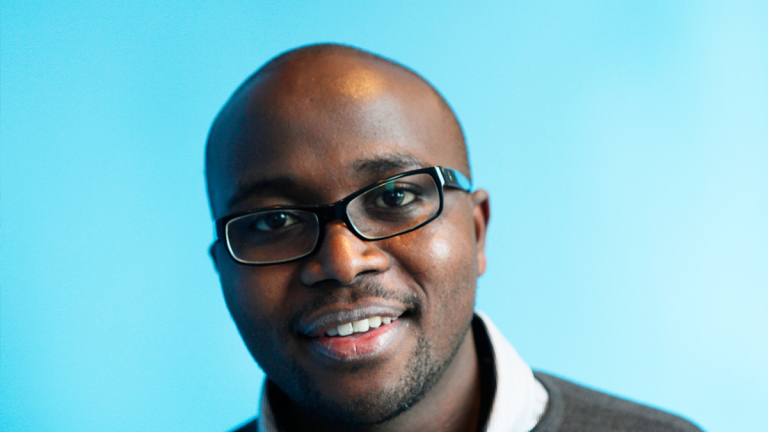 Evans Wadongo is the Co-founder and CEO of Greenwize Energy Ltd, a for-profit social enterprise that develops and deploys innovative renewable energy solutions for the African market, designed by Africans. He is also the founder of Sustainable Development for All (SDFA)- Kenya, an organization that has helped lift thousands of mostly rural people out of poverty. A graduate in Electronic and Computer Engineering from the Jomo Kenyatta University of Agriculture and Technology, Kenya.

Wadongo grew up in a rural village called “Chumvi,” in western Kenya, where at the age of 19, he designed, a portable, solar-charged LED lamp dubbed “MwangaBora” which means “Good Light” in Swahili. As a child, Wadongo struggled to study by the dim, smoky light of kerosene and firewood. His eyes were irritated, and he often was unable to finish his homework.

While he was a student at the Jomo Kenyatta University of Agriculture and Technology; he happened to see holiday lights made from LEDs and got inspired to bring LEDs to small villages for general lighting. After taking a leadership training course from a nonprofit group “Sustainable Development for All”- (SDFA), he designed a manufacturing system for portable LED lamps that could be recharged by sunlight.

In 2004 as a way to address poor education, climate change, health and poverty in rural areas in Kenya. Wadongo named the entire project of his solar designed lamp ‘Use Solar, Save Lives’ as he aimed to use solar technology as a way to save lives in the poor communities he grew up. It became the main focus program of the SDFA-Kenya, as it combines the three aspects of education, environment and economic empowerment. To date, SDFA-Kenya under the leadership of Mr. Wadongo has influenced directly hundreds of thousands of people and, indirectly, millions of others.

What more do we know about Evans?

In July 2011, in response to the increased publicity from the international community, Wadongo launched Just One Lamp, a globally-focused campaign that raised funding and awareness for MwangaBora lamps. Wadongo is now expanding his effort beyond Kenya and bringing his model to other developing nations.

Wadongo has received numerous awards and publicity in the international community, in recognition of his works, over the past few years.

He was named Social Entrepreneur of the Year by the Schwab Foundation in 2011.

2011- Recipient of the Mikhail Gorbachev Award for “The Man Who Changed the World.”

He was a finalist at the Inaugural Innovation Prize for Africa in 2012.

In 2012, he received the Pan Commonwealth Youth Award for excellence in Development,

2013, He was winner of the Outstanding Social Entrepreneur in Africa, at the Africa Awards for Entrepreneurship, held in Mauritius.

He has also been named among Africa’s ’30 under 30’ best young entrepreneurs by Forbes.

In 2013, he was listed among top 35 innovators under 35 by MIT Technology Review.

He was fellow at the Aspen Institute New Voices Fellow, a program that spotlights emerging global development leaders, in 2013.

He is the President Sustainable Development For All-Global. SDFA-Global Inc is a non profit social enterprise that supports initiatives working in areas of sustainability, economic empowerment and knowledge and skills transfer in the United States and across developing countries.

In the words of Evans,

“The impact of what we do,” he says, “is not in the number of lamps we distribute but how many lives we can change.”

In an interview on Goats and Soda section of NPR; Evans had this to say about his online platform “Fail-2-Bounce.”

“I want a platform exclusively for people to share things that they’ve tried, so it can make people — especially young people — realize that it’s OK to fail. Eventually there will be gatherings around cities where people can talk about how they failed and say, “What if we collaborated, would it have been better?”

“You have to have passion [for] what you want to do. Of course you’ll have obstacles. But once you have that passion and that goal you want to achieve, you’ll find the means to do it. Sometimes it’s important to start doing something so that people can see the results and believe in you, so they become ambassadors of your work. Human beings are naturally very skeptical. People won’t believe at the time, but if you start making something, people will start believing.”

Evans is the future.