Y! For Africa Focused on Emerging Leaders and Culture Shapers
Home 54° Across Africa Ousted President Boubacar Keita ‘freed’, while Kenyan Governor in court with his children and other stories across Africa 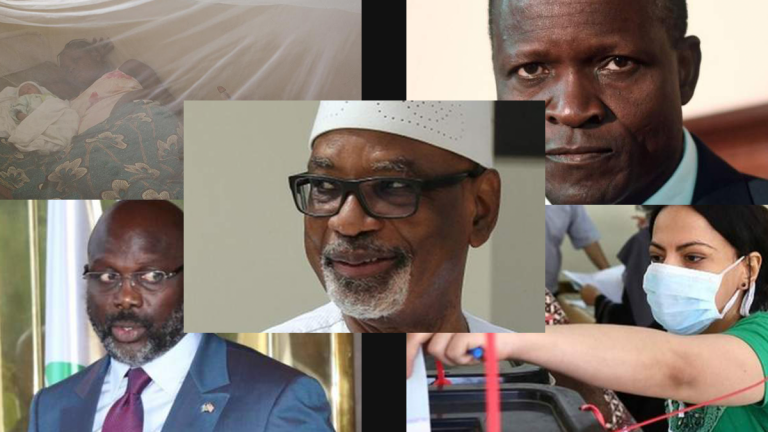 Mali’s coup leaders say that ousted President Ibrahim Boubacar Keïta has been released from detention, and is at his home.

He was arrested during last Tuesday’s military takeover and hours later announced his resignation as president.

The coup came amid growing dissatisfaction over the government’s handling of the economy and the jihadist conflict in the north.

It is not yet clear if the former president is restricted to his home.

Mr Keïta’s release has been a key demand of Mali’s neighbours and international organisations, including the African Union and European Union.

West African mediators say the coup leaders want to stay in power for a three-year transition period. They had earlier said they were not interested in power.

Go deeper:  For over a week, President Boubacar Keita was held by the military coup leaders in Mali. What has been going on behind the scenes is not obvious at the moment but what is clear is that the coup leaders have a plan the rest of Africa do not support. Three years is a long time to have a transition but who knows, maybe that’s what is best for the country. Or maybe not?

Kenyan governor and his children in court over graft

A Kenyan governor and four of his children have been arraigned in court over the alleged embezzlement of public funds amounting to 73m Kenyan shillings ($675,000; £511,000).

Governor Okoth Obado of Migori county in western Kenya is accused of indirectly receiving the money through his children – who received multiple payments from companies trading with the county government.

It was reported that the money was used to, among other things, pay for his children’s school fees, upkeep, maintenance and medical bills in Australia and the UK.

Mr Obado and his co-accused have pleaded not guilty and asked to be released on bail pending trial.

The governor and his children were arrested on Wednesday after being summoned for questioning by anti-corruption officials.

They have been charged alongside directors of the companies named in the court papers.

Other details: It was a case of two families brought together by an alleged insatiable lust to embezzle public funds through a chain of corrupt business deals and payments of millions of shillings from the county government of Migori for ghost work and services not delivered. On one hand was a father, Governor Obado, whose four children Dan Achola, Scarlet Susan, Jerry Zachary and Evelyne Odhiambo faced the humiliation of being dragged to the dock as alleged co-conspirators in their father’s alleged theft from his own government.

On the other hand was businessman Jared Oluoch Kwaga, who investigators claim is the mastermind of the multi-million-shilling heist, his wife Christine Akinyi Ochola, mother Penina Auma, brothers Joram Opala Otieno and Patroba Ochanda Otieno, and sister-in-law Carolyne Anyango Ochola.

Also not spared were the companies they allegedly registered as conduits to siphon money from the county. They include Misoft Ltd, Tarchdog Printers Ltd, Kajulu Business Ltd, Victorious Investments Ltd, and Deltrack ICT Services Ltd.

Obado is out on bond in the murder of Sharon Otieno who was brutally murdered while pregnant, days after making it known to his associates that he was responsible for the pregnancy. He denies killing her.

George Weah under pressure over rise in rape cases

Liberia’s President George Weah has come under criticism for not personally receiving a petition from protesters campaigning for anti-rape laws to be strengthened.

This follows a rise in attacks with close to 1,000 rape cases reported since January.

For three days hundreds of people have marched through the capital, Monrovia.

Some are angry that Mr Weah has not spoken out on the issue – especially after he pledged to guarantee women’s rights and has even described himself as Liberia’s “feminist in chief”.

Activists are asking for criminal courts to be set up across the country so that cases of sexual violence can be tried.

Go deeper: The Liberian society is saturated with rape and sexual and gender base violence cases, including sodomy almost daily in all 15 counties, affecting scores of victims some of them as old as three years.

The protesters on Tuesday petitioned the 54th National Legislature, among others, calling for increment in budgetary support to Criminal Court ‘E’ that is exclusively responsible to hear rape cases, including strengthening the entire judicial system to ensure speedy trial of rape and sexual and gender base violence cases. They also called for hiring of more judges to try such cases in a speedy and expeditious manner, including strengthening the capacity of the women and children protection division of the Liberia National Police to investigate and bring suspected rapists to book.

Wherever people are oppressed, there’s bound to be an outcry. Rape is no small issue and it will a grave mistake by President George Weah to not do something about the issue.

The Egyptian authorities say they’ll refer more than 50 million voters for prosecution, because they failed to cast their ballots in a recent Senate election.

The electoral commission’s decision was a response to the poor turnout. Only 14% of voters took part.

Egyptians can be fined up to $32 (£24) for failing to participate in elections. But analyst say it’s unlikely the announcement of possible prosecutions will actually lead to trials for vast numbers of people, and there’s been some mockery of the decision on social media.

Go deeper: When a country begins to threaten her people for not voting, you know that the country has lost its connection to the people. Voting should not be forced on people, people do have rights to vote or not to vote.

Here are the Voting Rights Law in Egypt

Any Egyptian citizen who is over the age of 18 has the following political rights:

First: Voting in any referendum stated in the constitution.

Second: Electing the President of the Arab Republic of Egypt, Members of the House of Representatives, and Members of Municipal Councils.

All officers and personnel in the armed forces and the police are EXEMPTED from voting in any elections or referenda while still in service.

Conditions that temporarily deny citizens voting rights are as follows:

1) Citizens under guardianship for mental illness.
2) Patients in mental healthcare institutions in accordance with Law 71/2009.

1) Convicts of tax evasion.
2) Convicts of corruption of political life.
3) Citizens whose properties and savings have been confiscated by a court ruling.
4) Former civil and public sector employees who were dismissed for committing a criminal offence.
5) Convicts of fraud or default.
6) Convicts of any crime.
7) Citizens who served prison sentences.

The Ministry of Interior will be securing all polling locations and providing them with wheelchairs to help old citizens and the disabled.

Togo has become the first African country to eliminate sleeping sickness as a public health problem, the World Health Organization (WHO) has said.

It received “validation” of the sickness’ elimination after not reporting a single case in the past 10 years, the WHO added.

“Togo is a pathfinder in eliminating sleeping sickness, a disease which has threatened millions of Africans,” said Matshidiso Moeti, the WHO’s regional director for Africa.

Other details: Sleeping sickness, or human African trypanosomiasis, is caused by parasites which are transmitted by infected tsetse flies and is only found in 36 countries in sub-Saharan Africa. If left untreated it is almost always fatal.

African countries can take a cue from Togo. This also proves that diseases can be eradicated completely.