Y! For Africa Focused on Emerging Leaders and Culture Shapers
Home 54° Across Africa Messi’s exit?: Where’s he headed and what Africa and its Leadership can learn 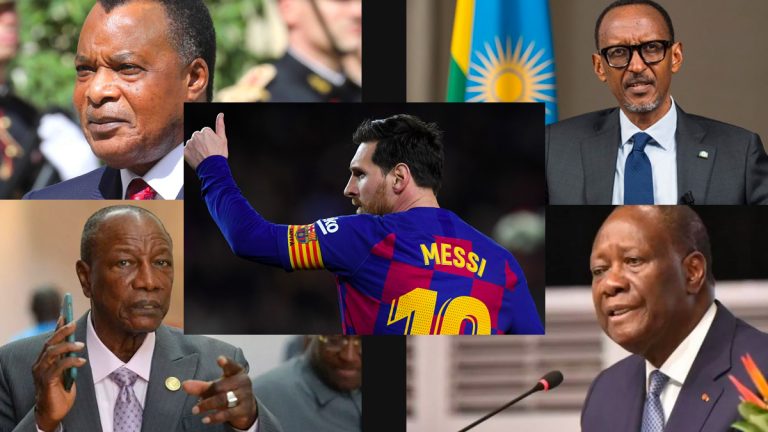 Lionel Messi wants to leave Barcelona this summer and has asked for it.

The 33-year-old Argentina international sent a message to the club on Tuesday saying he wishes to exercise a clause in his contract, allowing him to leave for free immediately.

With millions of fans across the world wondering where next Messi is headed, it is only normal he is trending.

Messi has played at Barcelona, Spain since 2001 where he grew from playing for the juvenile team till he made his first team debut in the year 2003 when Barcelona played against FC Porto.

Having gone through criticism playing for only one team, Barcelona, almost all his career, being compared to the likes of Cristiano Ronaldo and not showing up for Argentina where it matters, how he has managed to be at the top of his game regardless is something worth looking into.

It feels like he was born with a soccer ball in his hands.

To a lot of football fans, Messi never looked like he’d leave Barcelona for any other club. But here we are. Could he have had this all planned out or was the exit circumstantial? Whatever the case, wherever Messi goes to next is a huge deal.

Knowing when to leave office is very important. We have countries where the leaders have been in power for longer than we can imagine. Talk about President Pierre Nkurunziza of Burundi, President Paul Biya of Cameroon, President Idriss Deby of CHAD, President Azali Assoumani of COMOROS, Denis Sassou Nguesso of Congo Republic, President Ismail Omar Guelleh of Djibouti, President Alpha Conde of Guinea, President Alassane Ouattara of Ivory Coast, President Paul Kagame of Rwanda and others.

As at 2018, some African countries recorded democratic victories in the past 12 months. Ethiopia got a new leader whose ascent holds great promise for change, despite the country’s problematic 2015 election. Same with Liberia and Sierra Leone.

But elsewhere on the continent, leaders continue to disregard their countries’ own constitutions and laws governing presidential tenure. The Democratic Republic of Congo’s Joseph Kabila has been in power since 2001. He has refused to step down even though he was meant to step down in December 2016. In Uganda, Yoweri Museveni has clung to power since 1986. Denis Sassou Nguesso has ruled Congo for almost 30 years.

Their refusal to step down at the appointed time flies in the face of several governance blueprints adopted as African countries shifted away from liberation politics to the new post independence struggle for democracy in the early 2000s.

The Organisation of African Unity was transformed into the African Union in 2001 with this shift in mind. The continent adopted progressive governance tools like the African Peer Review Mechanism. This was spearheaded by former Nigerian President Olusegun Obasanjo and South Africa’s Thabo Mbeki as a tool for African countries to review one another’s performance.

Numerous African countries adopted and agreed to uphold the terms of the African Union Charter on Democracy, Elections and Governance. It came into force in 2012 and was designed to guard against undemocratic governance.

These plans promised a great deal. They were designed to usher in good governance, democracy and security. It was hoped Africa’s image as a continent of ignorance, poverty, disease, misrule and corruption could be erased.

The rhetoric pointed in the right direction. But not all African leaders were willing to be swept by this wave of democratic reforms. Some are quite simply addicted to power, as shown by their reluctance – if not outright resistance – to leave at the end of their legal terms.

Leaders continuing to overstay their welcome undermines Africa’s attempts at overhauling its leadership and negates the noble intentions of the AU’s founders.

Juxtaposing Messi’s case with African leaders, it’s obvious leadership in Africa feels like a huge joke because there are ‘laid down’ rules but they are not followed.

At what point will African leaders know when to leave their position for the next generation of leaders to come in? Or just like Messi, read the situation of things, and make a decision to leave?

When are you leaving, Leader? But you might not get to read this blog posts like I expect.