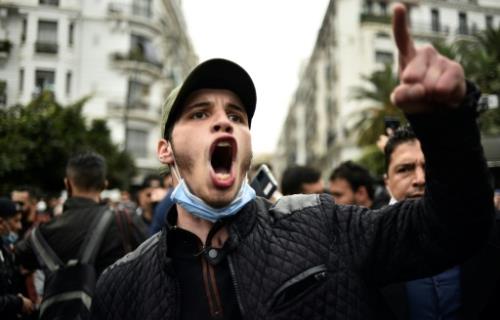 About 2,000 Algerians rallied against the government Tuesday, 2nd March, in defiance of the imposed lockdown measures, as their two-year-old pro-democracy protest movement resurges – Africa News reports

It’s been barely a week where young protesters accompanied by lecturers and other supporters poured through central Algiers, shouting slogans demanding “a free and democratic Algeria” and an end to the military’s domination of the North African country. For this week’s protest, protesters marched through the narrow streets of the Casbah in order to evade police cordons set up along the normal route of the once-regular student-led Tuesday marches.

HIV findings in DR Congo ‘give hope for a cure’

The study found that as many as 4% of HIV carriers in the Democratic Republic of Congo were able to suppress the virus without drugs. Typically less than 1% of people with HIV are able to do so.

“When we first started to see the data coming in from the study we were surprised, but we were also elated,” Mary Rodgers, the study’s lead scientist, told the BBC.
“This could mean that this is something that we can actually cure,” she added.

Jonas Chanda, Zambia’s Minister of Health, has announced plans to recruit 395 health workers to reduce the burden on the existing workforce crippled by the COVID-19 pandemic – News Central Africa reports

The Minister confirmed that President Edgar Lungu had authorised the hiring of more health workers as part of the COVID-19 response.

“The epidemiology of the COVID-19 has contributed to an unprecedented increase in the demands on the healthcare workforce, and simultaneously diminished health worker supply,” he said in a statement.

Nigeria’s President, Muhammadu Buhari, in a bid to put an end to banditry that has ravaged Zamfara and neighbouring North-west and North-central states, has declared the state a no-fly-zone – Premium Times reports

Babagana Monguno, The National Security Adviser, disclosed this to journalists at the end of the National Security Council meeting held in the Presidential Villa. According to Babagana, the president also banned all mining activities in the state. He had announced a similar ban in 2019.

Amnesty International has accused some fighters, government forces and a “private militia” backing the authorities to have reportedly indiscriminately killed hundreds of civilians in an escalating conflict in northeastern Mozambique – Aljazeera Africa reports

Part of the report read “all three have committed war crimes, causing the deaths of hundreds of civilians.”