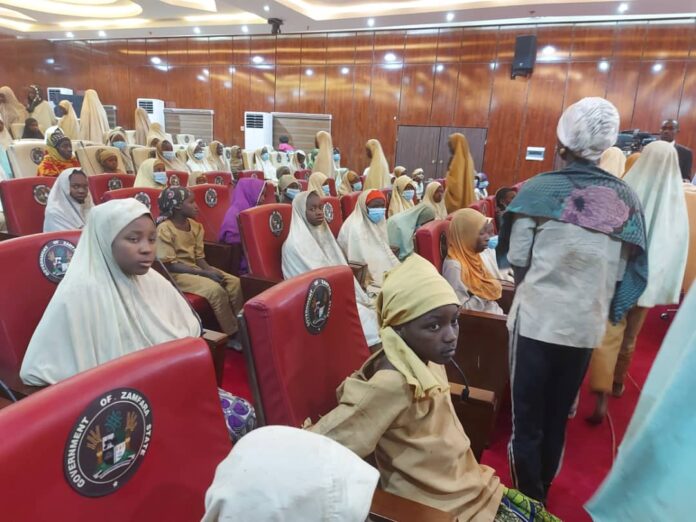 The girls were kidnapped from a government secondary school in Jangebe, Talata Mafara Local Government Area of Zamfara last Friday, 26th February. Yusuf Idris, media aide to the Governor, Bello Matawalle of Zamfara, confirmed the release of the girls this Tuesday Morning.

The first shots of COVID-19 vaccines from the COVAX programme were given to people in the Ivory Coast on Monday, 1st March – Africa News reports

The shots were first given to health workers, teachers and members of the armed forces at the Treichville Sports Palace in the commercial capital, Abidjan, where about 95% of the country’s cases have been recorded, according to the health ministry.

The allegations became rife after viral audio recordings of phone conversations allegedly of Mohadi soliciting sex from several women, including a subordinate in his office. The 71-year-old leader, in a letter posted on the information ministry’s Twitter account, said: “I am stepping down as the Vice President of the Republic of Zimbabwe…with immediate effect”.

No less than three members of the Libyan Political Dialogue Forum have been accused of receiving bribes to elect Abdel Hamid Dbeibah as Prime Minister, according to a report by the United Nations expert panel on Libya – Africa News reports

According to reports, one of the delegates entrusted by the UN with electing a Prime Minister reportedly caused a scene at the lobby of a hotel in Tunis upon discovering that his colleagues had been offered close to half a million dollars in bribes, compared to only 200,000 dollars he was given.