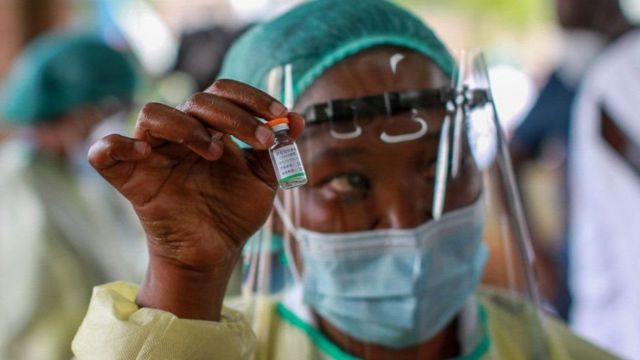 Speaking on the development, the Minister of Health, Dr Osagie Ehanire, said: “We are fully prepared to receive and deliver the vaccine to eligible Nigerians as we have commenced the training of health workers and ensured that cold chain facilities are ready at all levels. We have a robust cold chain system that can store all types of COVID-19 vaccine in accordance with the required temperature. We are therefore confident we will have a very effective rollout of the vaccine, starting with our critical healthcare workers, who are in the frontline in providing the care we all need.”

Tunisia’s main parliamentary bloc, Ennahdha gathered thousands of people in a demonstration of support for the government amid a tug-of-war with President Kais Saied – Africa News reports

Islamist-inspired Ennahdha and liberal Qalb Tounes parties advocated for a reshuffling of the government by Prime minister Hichem Mechichi in mid-January, introducing 11 new ministers to the parliament.

Popular Library in Cape Town, South Africa, The Southern Strand Library, has been gutted by a morning fire destroying rows of books and leaving oddments of burnt shelves, shattered glass and the charred remains of the library – News Central Africa reports

Zahid Badroodien, Cape Town Councillor, on inspecting the site stated that the cause of the fire is yet to be established but investigations are still ongoing. He also urged individuals with valuable information to avail law enforcement authorities with it.

The United States of America has condemned the reported atrocities in Ethiopia’s conflict-hit northern region of Tigray, urging the African Union to help resolve the “deteriorating situation. – BBC Africa reports

“We are deeply concerned by the worsening humanitarian crisis,” Secretary of State Anthony Blinken said.

The 18-year-old finished third in the 200 meters with a new Personal Best time of 22.75 which dwarfs the former Nigeria national record of 23.00s held by Regina George and by extension the African Record hitherto held by Ivorian athlete, Murielle Ahouré at 22.80