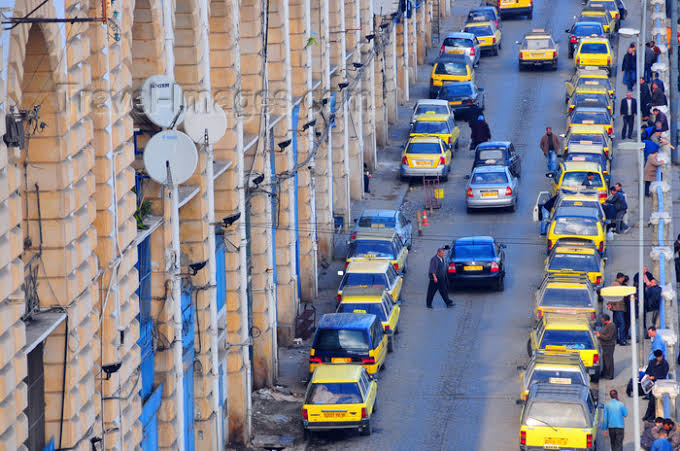 The Algerian government authorised the resumption of urban transport services last week Sunday, but the strict measures imposed by the government are causing discontent.

On Monday, the taxi drivers demonstrated at the headquarters of the national union of taxi drivers in Algiers against conditions for resumption of operations.

Go deeper: African leaders are not known to implement policies that benefit the poorest and most disadvantaged members of at-risk communities. It’s not surprising that transport workers, an essential service in Algeria are protesting what they consider unfair working conditions.

African Nations drag the US to the United Nations

African nations have prepared a draft resolution at the U.N.’s top human rights body that challenges the US response to allegations of racism and would launch intense international scrutiny of systemic racism against people of African descent in the wake of consistent killings of blacks by the American police.

The other details: The draft text, a copy of which was obtained by The Associated Press, could become the centerpiece for an urgent debate hastily scheduled for Wednesday for the Geneva-based Human Rights Council.

It calls for a Commission of Inquiry — the rights body’s most powerful tool to inspect human rights violations — to look into “systemic racism” and alleged violations of international human rights law and abuses against “Africans and of people of African descent in the United States of America and other parts of the world recently affected by law enforcement agencies” especially encounters that resulted in deaths.

A judge who was said to have died of a heart attack while overseeing a corruption trial involving the president’s chief of staff, Vital Kamerhe in the Democratic Republic of Congo actually died of stab wounds to the head, the justice minister has revealed.

Celestin Tunda Ya Kasende said a murder investigation had now been launched.

Back story: Kamerhe, once a key member of President Felix Tshisekedi’s government, is accused of embezzling more than $50m (£39m) of public funds.

His supporters believe the trial is politically motivated – aimed at stopping him from running for president in the future.

‘There will be free and fair elections in Tanzania’

Tanzanian President John Magufuli has promised to allow “free and fair” elections as he seeks a second term in October’s general election.
He told politicians to “avoid insults and violence” while campaigning as he announced the dissolution of parliament as required by the constitution.

Critical comments: Magufuli’s critics say he has stifled freedom of expression since he took office in 2015.

Under his presidency, human rights bodies and journalists have been targeted, some for making fun of him. Opposition politicians have also accused him of using excessive force and brutality to maintain order, traits that often apply to dictators. Some of them have been physically assaulted though the attackers’ motives have not been established.
Is that a prelude to an election that will be free and fair?

The African Union (AU) calls for debt relief for member countries as covid-19 continues to spread.

Central banks in East Africa have been cutting interest rates to encourage businesses to borrow, but the strategy is not working.

Guinea’s President Alpha Condé has announced easing of some restrictions intended to prevent the spread of coronavirus.