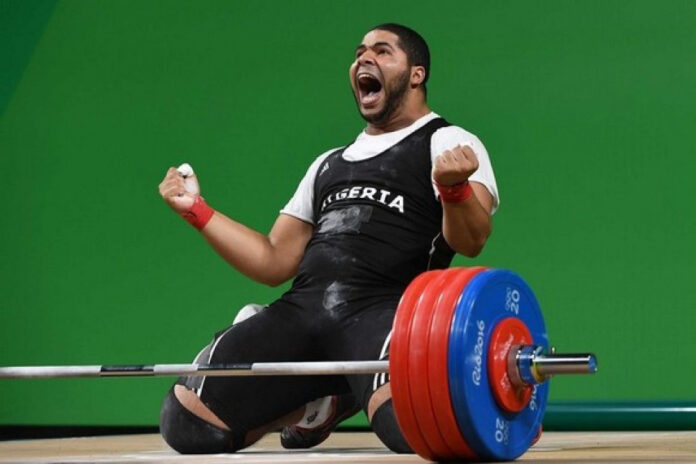 Algerian weightlifter Walid Bidani, crowned African champion in Kenya, thanks in particular to his three gold medals in the over 109 kilograms, secured his qualification for the Tokyo Olympic Games, according to the Algerian Federation of disciplined.

“Thanks to this continental coronation, Walid Bidani increased his points capital to 3,768 units. A performance which officially qualifies him for the Tokyo Olympics” indicated the federal body in a brief press release, posted on its official website.

The national team gleaned a total of 39 medals in these 2021 African Championships, hosted by the capital Nairobi – 10 gold, 18 silver, 11 bronze.

In addition to these three gold medals, Walid had distinguished himself in competition by beating the continental record for the snatch, lifting a bar at 201 kilos.

Walid Bidani is on the list of the Most Inspiring Youth on the Continent – Africa 500.