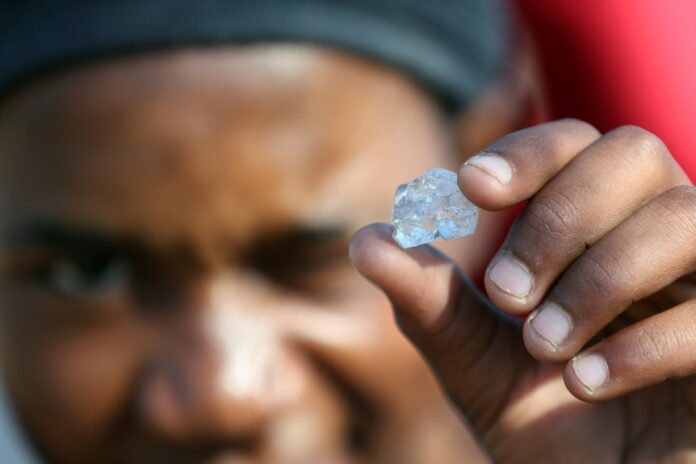 Here are the top news stories across the African continent that you should not miss.

The discovery of yet-to-be-identified stones, believed by locals to be diamond, has caused thousands of people throng the village of KwaHlathi in South Africa’s KwaZulu-Natal province.

The news of ‘diamond’ discovery reportedly broke a few days ago after a herd man who dug up the first stone on an open field — which some believe to be quartz crystals — put out the word.

The government has been alerted of the development and the mines department said it would send a team of geological and mining experts to the site to collect samples and conduct an analysis.

Despite the lack of confirmed analysis, people have allegedly been selling the stones, with the starting price ranging from 100 rand ($9.41) to 300 rand ($28).

Zambia’s former president, Kenneth Kaunda, is receiving treatment for an undisclosed illness at a military hospital in the capital Lusaka, his office has said.

The 97-year-old ruled Zambia from 1964, when the country won its independence from Britain, until 1991. He is among the continent’s few surviving liberation heroes.

His administrative assistant, Rodrick Ngolo, said in a statement on Monday that Kaunda had been feeling unwell and had been admitted to the Maina Soko Medical Centre in Lusaka.

“His Excellency Dr Kaunda is requesting all Zambians and the international community to pray for him as the medical team is doing everything to ensure he recovers,” the statement said. – according to  Al Jazeera.

A large majority of the 15-nation UN Security Council has called for free and fair elections to go ahead in coup-hit Mali without the participation of its current leaders.

The West African nation had announced a new government with army figures in key roles, after a coup led by Colonel Assimi Goita was staged in May.

“The absolute priority must be the organisation of the presidential election on February 27, 2022,” said French Ambassador Nicolas de Riviere, adding that those behind the coup should play no part.

“It is critical that the February 2022 elections be free and fair and are administrated by competent and impartial election authorities, using transparent processes,” added US deputy ambassador to the UN, Jeffrey DeLaurentis – according to France 24.

The health situation in Uganda points towards another wave of the COVID-19 pandemic as reports claim that the country has run out of COVID-19 vaccines and oxygen.

Both private and public medical facilities in the capital, Kampala and in towns across the country – including regional hubs in Entebbe, Jinja, Soroti, Gulu and Masaka – have reportedly run out or having acute shortages of AstraZeneca vaccines and oxygen. Hospitals also report that they are no longer able to admit patients to intensive care.

Yonas Tegegn Woldemariam, the World Health Organisation’s representative to Uganda, confirmed that as of Monday, June 14, the National Medical Stores, Uganda’s central distribution hub for all public health facilities, had run out of vaccines.

As of Monday, the total number of confirmed cases stood at 60,250 with 423 deaths. – according to The Guardian.

Kenyans have been paying tribute to businessman Chris Kirubi who passed away aged 80 at his home in Nairobi.

Kirubi, one of the country’s richest people, had interests spanning manufacturing, investments and media and was known for his colourful lifestyle.

He became a part-time radio personality at a station he owned and was known by his moniker, DJ CK.

President Uhuru Kenyatta described Kirubi, who sat on the board of several companies, as a “great coach”.

“Besides his celebrated business acumen, Kenya will remember Chris a great coach and business mentor who raised some of our country’s best businessmen and corporate leaders,” Kenyatta said. – BBC reports