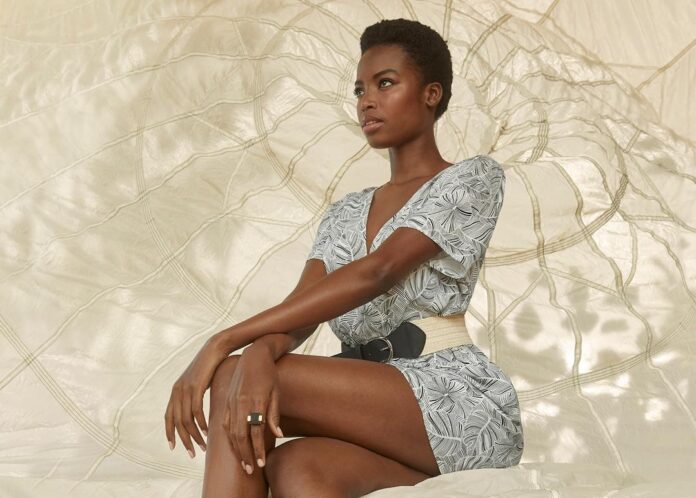 Titled #NineWestForcesOfNature, and launched June 15, 2021, Nine West® aims to celebrate the accomplishments of women who have stayed consistent making the world a better place and continue to inspire others to do same. Among other models, Angola’s Maria Borges is one of the faces of this amazing collection.

In 30 years, and sold in 60 countries, Nine West® has evolved to become a world-renowned fashion leader. Established in 1978, the Nine West brand took its name from its founding address at 9 West 57th street in New York City. Today, Nine West shoes, Nine West handbags and Nine West jewelry are beloved by women around the world, and considered a trusted advisor in every category for fashion including children’s.

Maria Borges – born October 28, 1992 – is an Angolan model. She is the founder of The Star Management, a top management company for Angolan models. Maria is also the CEO of One Touch Charity that works with orphanages to provide education for kids in Africa.

Maria was discovered in 2010 when she placed second at the Angolan edition of the contest Elite Model Look. She was then named Forbes Africa Magazine’s top model of 2013.

Before then in 2012, she signed with Supreme Agency. An,d debuted her first fashion week, walking 17 runways. For her second season, she was a Givenchy exclusive.

In 2014, she was listed as a ‘model to watch’ by ELLE, an article which said Maria is taking over international runways with her never-ending legs and cat-like eyes.

In 2017, Maria Borges was the first African woman to feature on the cover of the American version of ELLE, 20 years after Sudanese model Alek Wek in 1997.

Borges has appeared in the Victoria’s Secret Fashion Show from 2013-2017. She has also appeared in campaigns for Givenchy, Tommy Hilfiger, H&M, Bobbi Brown, C&A, L’Oréal, Mac Cosmetics, and Forever 21.

Maria Borges continues to inspire and was named in Y! Africa’s Most Inspiring Youth on the Continent – Africa 500.