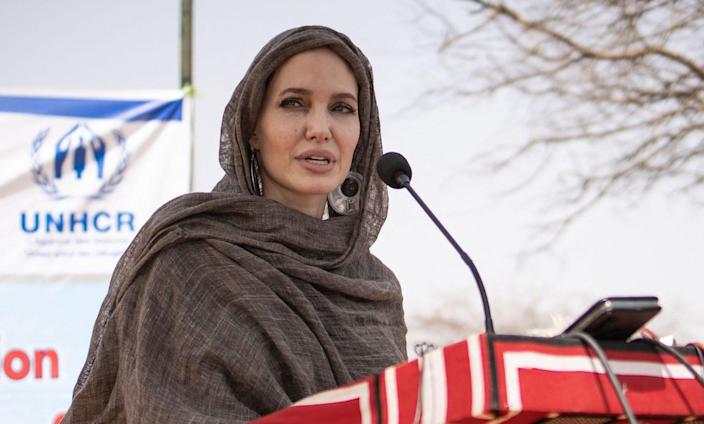 Across the African continent, here are the top five news stories that should not escape your attention.

Following the country’s economic struggles and high debt profile, Congolese Finance Minister Rigobert Roger Andely, has revealed that talks with China have been successful on the restructuring of debt.

According to Andely, President Denis Sassou Nguesso had “raised the problem” in a telephone call with Xi, “proposing a second restructuring” of the debt and “President Xi Jinping approved the request.”

“This restructuring is to allow the country to have a few more resources to deal with its own internal needs and to lift this obstacle to good relations with the IMF,” he said adding that experts from both the Chinese and Congolese sides would be charged with fixing the conditions of the new agreement.

Congolese Prime Minister, Anatole Collinet Makosso, had revealed that the country’s debt stood at nearly CFA Francs 6 trillion as of 31 December 2020, or 98% of the GDP while China is owed 2 billion dollars. – Africa News reports

Popular actress and Special Envoy for United Nations Refugee Agency, Angelina Jolie, visited a refugee camp in Burkina Faso for World Refugee Day on Sunday, with the goal of bringing attention to the issue of displacement of people around the world.

Jolie, who was in the company of the other envoys, expressed that the world needs to “wake up to the track we are on globally” where conflict and climate change could force “hundreds of millions” of people to leave their homes seeking refuge elsewhere.

Burkina Faso is affected by the current displacement crisis in the Sahel region of West and Central Africa as more than 1.2 million people have reportedly been forced to flee their homes since 2019. – African news reports

Vote count under way in Ethiopia after contentious election
Vote count is under way in Ethiopia’s capital, Addis Ababa, for the parliamentary elections after polls finally closed following a three-hour extension.
Africa’s second-most populous country went to the polls on Monday but an opposition boycott, war, ethnic violence and logistical challenges reportedly overshadowed voting in some regions.
The parliamentary election, delayed from last year, was the centre-piece of the promised reform drive by Abiy, the 2019 Nobel Peace Prize winner, and he has described the poll as “the nation’s first attempt at free and fair elections”. – According to Aljazeera

Egypt remained the largest recipient of foreign direct investments in Africa last year despite the coronavirus pandemic, the UN Conference on Trade and Development (UNCTAD) has said.

The UNCTAD stated in its World Investment Report 2021 report of Monday, June 22 that foreign direct investments in Egypt were estimated at $5.9 billion in 2020.

According to the report, the COVID-19 pandemic had a significant impact on foreign direct investment in Africa as flows to the continent declined by 16% in 2020 to $40 billion, from $47 billion in 2019. – According to All Africa reports

The International Monetary Fund (IMF) will not be giving Zimbabwe any financial support despite the government having no arrears with the fund for almost five years.
In a report that recognised progress towards rebuilding Zimbabwe’s ailing economy, IMF warned President Emmer-son Mnangagwa of lingering headwinds, saying the southern African country’s debt distress was a source of worry.

It called on Mnangagwa‘s administration to take steps to stabilise the volatile currency and work towards a string of reforms necessary to attract foreign direct investment.

Zimbabwe’s external debt was estimated at about US$8 billion at the end of 2020, with the country owing several international financial institutions including the World Bank, the African Development Bank and the Paris Club. – Bulawayo 24