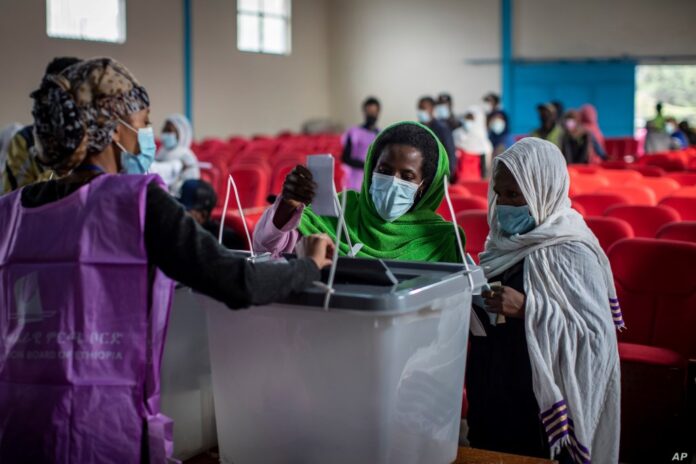 The party that wins a majority of seats in the House of Peoples’ Representatives will form the next government.

Close to 40 million people have registered to take part in the national and regional parliamentary elections. But, in a fifth of the country’s constituencies, Ethiopians won’t be able to cast their vote, as a result of insecurity and logistical issues.

South African ‘diamonds’ turn out to be quartz

Following reports of the discovery of some mysterious stones in the town of KwaHlathi, Kwazulu-Natal province, which attracted droves of treasure hunters, analysis have revealed that the stones are not the diamond people thought.

Thousands reportedly headed to the surroundings of the village in search of diamonds but preliminary analysis of the said stones showed that the stones are in fact quartz, which is far more common and far less valuable.

The South African government stated the zone is not known to have any diamonds, and that those who poured to the small Kwazulu-Natal village should vacate the area, as it could carry risks such as environmental damage and exposure to COVID-19.

WHO declares Ebola outbreak over in Guinea

“I have the honour of declaring the end of Ebola in Guinea,” WHO official, Alfred Ki-Zerbo, said at a ceremony in the southeastern Nzerekore region where the disease surfaced at the end of January.

Health minister, Remy Lamah, added, “In the name of the head of state (President Alpha Conde) I wish to declare the end of a resurgence of Ebola in Guinea” – Africanews.

West African leaders present at a summit in Ghana Saturday, June 19, agreed a new road map to launch a single currency in 2027.

The bloc had planned to launch a common currency this year but postponed the plan due to challenges posed by the coronavirus pandemic.

The currency, known as ECO, aims to replace the CFA Franc used in former French colonies.

But some countries such as Nigeria and Ivory Coast have been accused of dragging their feet on the issue – Africanews.

West African states said Saturday, that they will carry on monitoring events in Mali following a coup before lifting its suspension from the regional bloc.

A new civilian government had been announced with a promise to adhere to a roadmap to elections early next year, after the coup in May led by Colonel Assimi Goita.

“When you look at the situation, there were positive developments,” ECOWAS commission chief, Jean-Claude Kassi Brou, told reporters after an ECOWAS summit in Ghana’s capital Accra.

But he said heads of state decided more monitoring was needed before lifting Mali’s suspension.