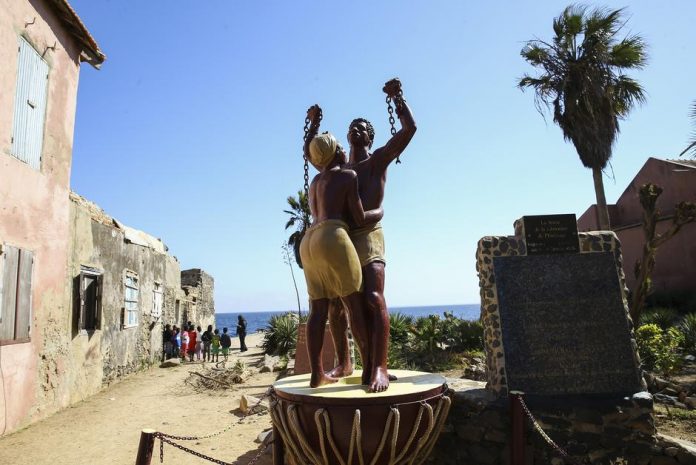 An island in Senegal closely linked with slave trade, Goree, has decided to rename its historic Europe Square as Liberty and Human Dignity Square, in response to the #BlackLivesMatter debates.

Go deeper: Goree is a 28-hectare Island situated two miles offshore from Dakar, and was the largest slave-trading centre on the African coast between the 15th and 19th century, according to the UN’s cultural agency UNESCO. It is also registered by UNESCO as a World Heritage centre and act as a “symbol of human exploitation.”

The inauguration of Freedom Square will include events to pay tribute to George Floyd, the American whose death triggered the current wave of race-focused protests and all victims of racial crimes.

There are differing reports of deaths arising from protests across Ethiopia due to the killing of the iconic Oromo artiste, Hachalu Hundessa. Thousands of Ethiopian youth Tuesday, accompanied his body to the city of Ambo in the Oromia regional state for funeral rites and burial. His body was retrieved from the St. Paulos Hospital.

A little history: The musician had been imprisoned for five years when he was 17 for taking part in protests against oppressive Ethiopian politicians who allowed ethnic bias colour their leadership.

Why this story matters: Hundessa, was celebrated as a symbol for the Oromo people – Ethiopia’s most populous ethnic group. His songs spoke out about their political and economic marginalisation and became a rallying point for activists in their fight against Ethiopian regimes.

Media magnate, pro-democracy activist and opposition politician, Jawar Mohammed, reacted to the killing of Hundessa Tuesday, with a Facebook post that said the Oromo nation had been attacked.

“They did not just kill Hundessa. They shot at the heart of the Oromo Nation, once again !!…You can kill us, all of us, you can never ever stop us!! NEVER!! La Aluta Continua,” he wrote.

The Executive Committee of the Confederation of African Football (CAF), has announced the postponement of the 2021 Africa Cup of Nations (AFCON) to January 2022 citing the coronavirus pandemic.

Go deeper: The tournament had been scheduled to take place between January and February next year. The football governing body, however, decided that the local version of the AFCON, the Championship of African Nations (CHAN), will take place in January 2021. It had originally been slated to be played in April this year. Both competitions will be hosted by
Cameroon.

Sporting events are considered a litmus test for countries looking to reopen economic and recreational activities and the world will be watching closely to see how Cameroon and CAF handle the tournament.

International and regional leaders have agreed to intensify a military campaign against jihadists in the West African Sahel region.

The decision follows a one-day summit on Tuesday hosted in Nouakchott, Mauritania, attended by the presidents of Burkina Faso, Chad, Mali, Mauritania and Niger, as well as France and Spain.

Backstory: Militant attacks in the region have increased over the last two years, especially in the border regions of Niger, Burkina Faso and Mali, where local authorities have been overrun. The region has a long history of Jihadist campaigns, and these incursions of Middle Eastern theology and military might shaped the region into what it is today.

Burundi authorities have announced rare measures to combat the coronavirus pandemic, moving away from a relaxed attitude shown by the previous government.

20,000 police officers are needed to secure public order and security in Luanda, Angola, in view of its population estimated at ten million inhabitants.