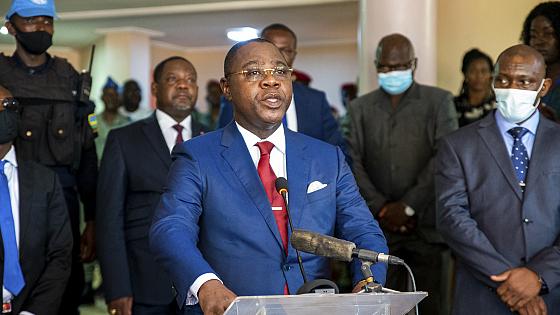 “This is a clear desire to tarnish by all means the image of our military institution while it continues to make enormous sacrifices to restore the authority of the state throughout the territory,” said Rameaux-Claude Bireau, Minister of National Defense, in a statement received by AFP.

Abiy Ahmed, The Ethiopian Prime Minister, disclosed that government troops had left Tigray’s regional capital Mekelle after months of fighting, saying it was because the city was no longer the “centre of gravity for conflicts” – Reuters Africa reports

However, another government figure said the troops could return in weeks if needed – the first statements by federal officials since Tigray People’s Liberation Front (TPLF) forces took the city this week in a major turn of events in the conflict

Mohamed Abdel Aty, The Egyptian Minister of Irrigation and Water Resources revealed that he expects the UN Security Council to issue a decisive resolution concerning the GERD dispute. He explained that Cairo presented a comprehensive document on the protection of its water rights.

Amid fears among riparian states Cairo, and Khartoum that the dam on the Nile tributary would upset its water governance, Addis Ababa has pushed on with the filling of its reservoir, which has entered the second stage.

Two men were shot dead with four others surviving injuries during clashes with the security forces in the central town of Ejura on Tuesday, 29th June.

The disturbances began after popular government critic Ibrahim Mohammed, also known as “Macho Kaaka”, was beaten up over the weekend in Ejura and subsequently died.

As of June 30, confirmed cases of Covid-19 from 55 African countries reached 5,465,801 while over 34,269,739 vaccinations have been administered across the continent – All Africa reports