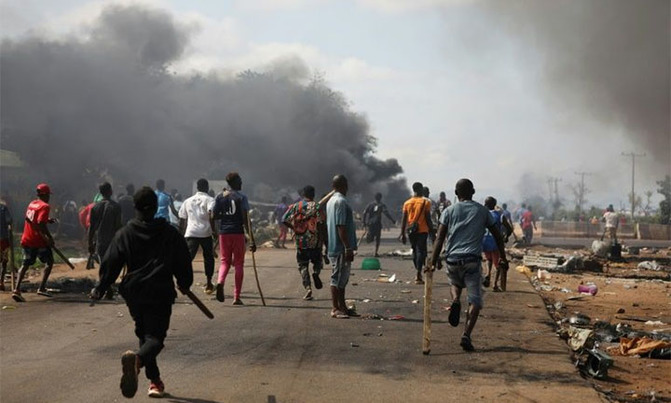 The curfew is placed as a move to curtail the activities of rebel advances.

“There is a curfew throughout the Central African Republic from 8 p.m. to 5 a.m.,” president Faustin-Archange Touadera announced in a statement read on national radio.

Ghanaian president, Nana Akufo was on Thursday, 7 January 2021, sworn in for a second tenure as president of Ghana.

The ceremony is coming just a day after a brawl between rival politicians in parliament during the election of the speaker. For security and order, Soldiers were briefly deployed after the unusual scenes in one of Africa’s most stable democracies to ensure the safety of delegates present.

There have been reports of youths protesting the directives placed by the government in battling the novel coronavirus. The government had placed a nationwide curfew but has been met with steep disagreement by some locals.

In a report, youths were reported to have fought with security personnel in the capital city, Dakar.

The clashes mostly occurred in the city’s Ngor district, while other incidents were reported in the Medina and Yoff areas and suburban Pikine, Guediawaye and Thiaroye.

The Executive Director and Chief Executive Officer of the National Primary Healthcare Development Agency (NAPHDA), Faisal Shuaib, has encouraged Nigeria’s President, Muhammadu Buhari and other members of his cabinet to take the COVID-19 vaccine publicly.

Shuaib urged the President, the Vice President, Yemi Osinbajo and others to take the vaccine as an encouragement to many Nigerians who are doubtful of the vaccine. Shuaib stated that it will help drive awareness, as he advised Nigerians not to be hesitant in taking the vaccine when it reaches them.

In the wake of the political mess and election nonsense that has crippled America under Donald Trump, a Somali-American Congresswoman Ilhan Omar is planning to initiate the process of impeaching the US President

Omar tweeted: “I am drawing up Articles of Impeachment. Donald J. Trump should be impeached by the House of Representatives & removed from office by the United States Senate. We can’t allow him to remain in office, it’s a matter of preserving our Republic and we need to fulfil our oath.”