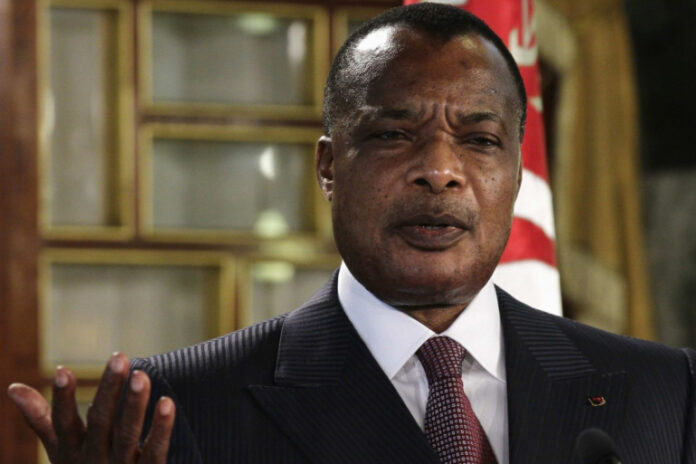 Congo: Sassou-Nguesso re-elected with 88.57% of vote

Incumbent leader Denis Sassou-Nguesso has won the presidential election with 88.57% of the vote, according to results from the electoral commission – Africa News reports

This win will see him serve as president for another five years. The 77-year-old leader has been in power for a total of 36 years.

The Director-General of the World Trade Organisation (WTO), Dr Ngozi Okonjo-Iweala, has stated the need to keep global trade flows open in order to ensure that developing and least-developed countries have access to essential medical goods to control the spread of COVID-19 and are able to use trade to drive sustainable economic recovery – All Africa reports

Okonjo-Iweala, disclosed this while speaking alongside other heads of international organisations during the first day of a high-level virtual plenary session on Tuesday, 23rd March.

“The post-COVID recovery must not leave anyone, or any country, behind. The first step towards this goal must be a rapid, global vaccine rollout that ends the pandemic.” She said.

The revelation was disclosed by the DA in the Eastern Cape following a visit to the project situated on 337 hectares of communal land.

Abiy Ahmed, Ethiopian Prime Minister, has confirmed that evidence has been found pointing to the incidence of rape cases by the country’s military in Tigray – News Central Africa reports

The PM, in a question and answer session, noted that cases are still being investigated but promised that perpetrators will be brought to book.

Celebrating the handover, a ceremony took place on Tuesday, 23rd March, in Libya’s second city, Benghazi. A new Government of National Unity, led by Prime Minister Abdul Hamid Dbeibah and backed by the United Nations, was sworn in last week in Tripoli to remove the two rival administrations which have been fighting for control of Libya.