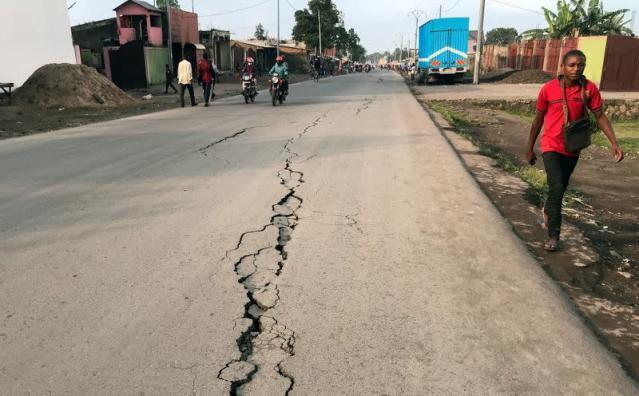 Authorities also disclosed that an evacuation of part of the city had been ordered, and urged residents to leave calmly.

“The most important thing right now is to get my family to safety. We don’t know what can happen with the volcano. We are also told that there is a probability of a gas explosion. We have to run away from all these possibilities for the moment,” says Sergees Nguru, stuck in traffic whilst fleeing Goma.

Transitional President of Mali Bah N’Daw resigned on Wednesday, 26th May, with his resignation presented to Assimi Goita, the transitional vice president, during an emergency meeting with delegates from The Economic Community of West African States (ECOWAS) – News Central Africa reports

The ECOWAS meeting which had former Nigerian president Jonathan Goodluck and his delegation from the Economic Community of West African States (ECOWAS), the African Union, and the UN, saw to the tasking of the Interim President Bah N’daw and Prime Minister Moctar Ouane with steering the country back to civilian rule after a coup in August.

US official condemns violence in Tigray, warns of new sanctions

“The violence in Tigray is horrifying. It shocks the conscience,” US Assistant Secretary of State Robert Godec said on Thursday.

Emmanuel Macron, the French President, has asked Rwandans to forgive France for its position in the 1994 Rwandan genocide in which about 800,000 lives were lost – BBC Africa reports

Speaking at the genocide memorial in Rwanda’s capital Kigali, he said France had not heeded warnings of impending carnage and had for too long “valued silence over the examination of the truth”.