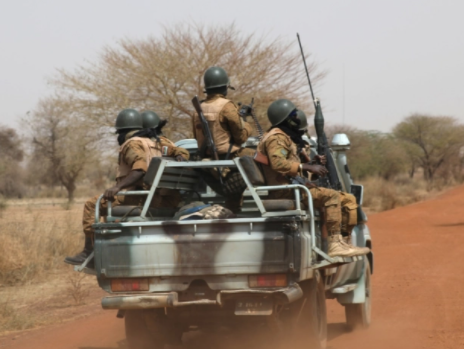 These are the top stories from across Africa.

Some members of the Ethiopian military reportedly broke into a UNICEF office in Tigray capital Mekele, confiscating satellite equipment described as much-needed to carry out humanitarian work – Africa News reports

UNICEF’s Ethiopia Chief of Communications, Victor Chinyama, described the current state of affairs on the ground:

“The members of the Ethiopian military entered our office premises in Mekele, we’ve had an office there for even before the conflict began, and they confiscated our satellite equipment, which we still haven’t recovered up to this point. We are making frantic efforts to have that equipment returned to us as soon as possible so that we can continue with our humanitarian operations,” he said at a press briefing.

Dalitso Kabambe, the former governor of the Reserve Bank of Malawi has been charged with four counts of financial impropriety – Reuters Africa reports

According to reports, Dalitso is also charged alongside three other former senior officials on counts of financial impropriety, including money laundering, at a magistrates’ court in Lilongwe.

The Alshabab razor blade has been growing in popularity in the last year. However,  authorities now fear that there might be some link with the militants.

South Africa’s former President, Jacob Zuma, has been given a 15-month jail sentence by the country’s highest court.

The sentence comes after the Constitutional Court found him guilty of contempt for defying its order to appear at an inquiry into corruption while he was president.

He has been given five days to hand himself in to police. Failing that, the police minister must order his arrest.

As of June 29, confirmed cases of Covid-19 from 54 African countries reached 5,437,405 while over 32,500,561 vaccinations have been administered across the continent – All Africa reports