Y! For Africa Focused on Emerging Leaders and Culture Shapers
Home 54° Across Africa Flood displace over 700 in Ugandan District | #54DegressAcrossAfrica 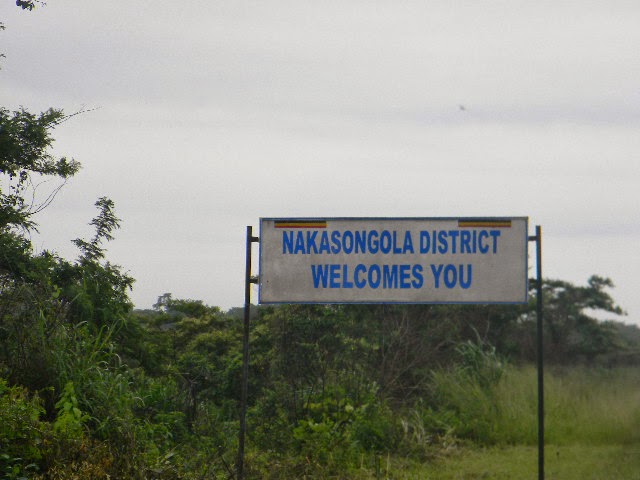 Flash floods have displaced about 717 people in Nakasongola, Uganda, forcing the internally displaced persons to camp out at nearby schools and churches while they wait for a government response.

A section of the Lwampanga Health Centre IV in the District has been submerged, paralysing normal operations at the maternity unit.

The District Health Officer, Dr Agaba Byamukama said at the weekend that water from the flooding Lake Kyoga has forced administrators of the health centre to temporarily shift particular services antenatal services to a safer area.

Why this matters: The affected health centre will leave people seeking medical attention, like expectant mothers, at a higher risk of health complications. Healthcare facilities across the continent are already overburdened with dealing with the Coronavirus pandemic.

Africa has hardly had leaders who think towards mitigating the consequences of disasters like this, and the flood, though has already displaced about 717, might cause more harm to people and properties in the District.

At least 10 doctors and six journalists have been arrested since the Coronavirus first hit Egypt in February, according to rights groups. A doctor arrested after writing an article about Egypt’s fragile health system; a pharmacist picked up from work after posting online about a shortage of protective gear; an editor taken from his home after questioning official coronavirus figures; a pregnant doctor arrested after a colleague used her phone to report a suspected coronavirus case.

Why this matters: It is no news that Egypt has made intentional efforts to stifle criticism across board; even before the pandemic came into the conversation. In 2019, the government passed constitutional amendments that were approved in an unfair referendum in April. The amendments consolidate authoritarian rule, undermine the judiciary’s dwindling independence, and expand the military’s power to intervene in political life.

The police and National Security Agency routinely carry out systematic enforced disappearances and torture with impunity. And as Egyptian authorities fight the swelling coronavirus pandemic, security agencies have tried to silence critics who are concerned about how the country’s health crisis is handled by President Abdel Fattah el-Sissi.

Other health workers say they have been warned by administrators to keep quiet or face punishment.

Turkey’s state development aid agency on July 5, made a donation of equipment to the Kenya Agricultural and Livestock Research Organization (KALRO) to boost food security in western Kenya.

The donations are part of the Turkish Cooperation and Coordination Agency’s (TİKA) Sustainable Organic Livelihoods Enhancement Program (SOLEP), which aims to end hunger by achieving food security and improved nutrition and promote sustainable goals in line with the UN’s Sustainable Development Goals (SDGs) on agriculture and zero hunger.

Go deeper: According to the Kenya Institute for Public Policy Research Analysis, 14.5 million Kenyans face food insecurity and poor nutrition each year. Kenya’s geographic location closes to mountains Kilimanjaro primes the region for ecological disasters like famine, flooding and earth tremors. When looking at extreme cases, in 2019, 2.6 million Kenyans were said to be in a food insecurity “crisis”.

Through TİKA’s assistance, KALRO says Kenya has the potential not only to meet its domestic poultry consumption demands but also produce surplus for export.

Agriculture contributes 26% of Kenya’s GDP and is key to Kenya’s economy, employing almost half of Kenya’s population, according to the U.N. Food and Agriculture Organisation.

The Chairman of the National Oil Corporation, Mustafa Sanallah, has said foreign forces entered the Sidra Oil Port in the east of the country and that they are working to make it a military center.

Why this matters: Libya has been torn by a civil war since Muammar Gaddafi was forcefully removed in 2011. The country’s new government was founded in 2015 under a UN-led agreement, but efforts for a long-term political settlement failed due to a military offensive by Khalifa Haftar’s forces. Independent forces are still trying to wrest power from the UN backed government and militia kangaroo governments run slave camps in Tripoli, gaining revenue from the region’s thriving slave trade with the Middle East.

Mercernaries entering the fray is a precursor to civil unrest and more hardship for Libya’s already traumatized citizenry.

Has COVID-19 pushed women in politics off Kenya’s agenda?

Madagascar authorities have imposed a total lockdown in the Analamanga region due to the rise in coronavirus cases.

A sitting Ghanaian lawmaker and deputy minister has resigned his ministerial post after admitting to openly flouting COVID-19 protocols at a time he had tested positive.

Botsawana Vice President, Slumber Tsogwane says despite prioritising the fight against COVID-19, government will not ignore other challenges fronting the country.