Y! For Africa Focused on Emerging Leaders and Culture Shapers
Home 54° Across Africa How Africans can liberate other Africans from excessive foreign trade + Other best reads of the week 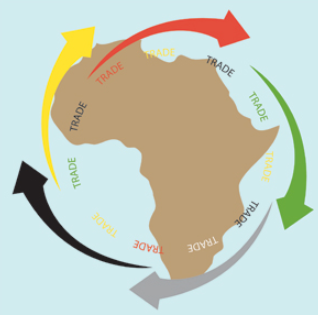 ‘Africa’s Unity’ has probably being the most debated topic on the continent and abroad; based on the ideas that only Africa can help Africa’s development. And removing tariffs from all intercontinental trade in the region is an exceptional place to start, and a way to encourage trading among African nations.

Burundi set for more violence with the passing of their President

Other key members within the Committee of Generals include Chief of Cabinet in the President’s Office, General Gervais Ndirakobuca, widely known by his nickname Ndakugarika (literally meaning “I will kill you”), and General Etienne Ntakarutimana, the former head of the National Intelligence Service. Ndirakobuca and Bunyoni are under EU sanctions for alleged human rights abuses, while Bunyoni is also on the United States sanctions list.

A new pandemic found in the homes

The rise in domestic violence all over the world, owing to the lock-down has been no secret. News reports and data shows that there are more people reporting cases of home violence, alas, the overwhelming noise of dealing with an actual pandemic has drowned this problem. But the increasing problem has led South Africa President; Cyril Mamaphosa to declare this a pandemic, following reports of an alarming number of homicides targeting women.

Africans are calling for removal of colonist names from their streets

One of the most effective ways to systematically subjugate a people is to leave your footprints at their doorsteps. Perhaps, this is the reason our history leans more towards the exploits of ‘great white men’ than men of colour. Africans seem to be getting wind of this, and all over the continent they are calling for colonists’ names to be removed from the streets.

It’s been good news for Zimbabweans as food supplies during this pandemic period has exceeded the predictions on food shortage the country was projected to experience. Owing to the pandemic, urban areas in the country are in a bit of a crisis, but the rural areas, dominated by farmers are experiencing better yields than expected.