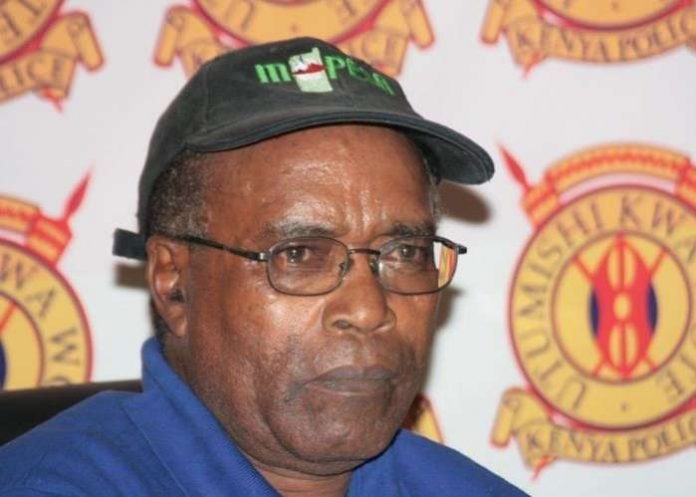 After escaping authorities for more than two decades, Rwandan genocide suspect, Felicien Kabuga was arrested this month and charged to court; where he told a French court Wednesday, that the international charges against him were lies.

Kabuga has been indicted by U.N. prosecutors for genocide and incitement to commit genocide, among other charges. He is accused of bankrolling and arming the ethnic Hutu militias which killed 800,000 Tutsis and moderate Hutus over 100 days in 1994.

Go deeper: Kabuga’s lawyers are playing the ‘old age’ card with the courts in France, saying Kabuga should not be moved to the international tribunal in The Hague – a common defense strategy in some parts of Africa, especially with people arrested on charges of corruption. Cases like that drag for years until the accused either dies or the case is closed for lack of more evidence and witnesses. A similar example is the case of a kidnap kingpin in Nigeria popularly known as ‘Evans, the billionaire kidnapper’ is still in court, after more than two years.

AfDB bows to US pressure to probe its president

The African Development Bank’s board has agreed to an independent probe of its president, Akinwumi Adesina, after the U.S. rejected an internal investigation that cleared him of allegations of favoritism.

Africa’s largest multilateral lender decided on the inquiry after several governments backed U.S. Treasury Secretary Steven Mnuchin’s criticism of a bank-led examination into the allegations, the people said, asking not to be identified because details aren’t public.

Go deeper: Unidentified whistle-blowers accused the 60-year-old Adesina of handing contracts of acquaintances and appointing relatives to strategic positions. When asked about the allegations, he said they were untrue and should be dismissed. A few analysts have said this is an attack on the continent and it is a time for African leaders to respond strictly to this.

Hundreds of people gathered to mourn the death of Guinean singer Mory Kante in Conakry on Tuesday.

He died in Conakry on Friday after at age 70 after succumbing to untreated health problems.

Go deeper: Kante is known to have introduced African music to a world audience in the 1980s. He is best known for his dance song “Yeke Yeke,” which was a huge hit in Africa before becoming a No. 1 in several European countries in 1988. Musicians and dignitaries across the world have mourned the singer and Guinea’s President Alpha Conde tweeted on Friday that “African culture is in mourning”.

Ghana parliament may close due to coronavirus fears

With 7,000 cases, 34 deaths and two of its MPs testing positive for COVID-19, a number of Ghanaian opposition lawmakers want Parliament to be temporarily closed in order to stop the spread of the coronavirus.

Go deeper: Africa has fewer cases and deaths than other continents, but there are fears that open cities and lifting of all restrictions might enable the continuous spread of the coronavirus. South Africa has agreed to lift restrictions amid mild protests, Nigeria has begun lifting its restrictions – where the medical association claim less testing is making the country not see that the coronavirus has spread more than we imagine. And, in some other countries, the lifting of lockdowns and restrictions has allowed the virus to spread even further.

The United Nations (UN) says widespread killings, rapes and other barbaric acts by militia in north-eastern Democratic Republic of Congo (DRC) may constitute crimes against humanity and war crimes.

It follows months of escalating ethnic violence in the province of Ituri.

Go deeper: The UN says nearly 300 people were killed and nearly 40 raped between November 2019 and April 2020 – mainly by fighters linked to the Codeco rebel group, who are drawn from the Lendu community.

Earlier the UN said at least 38 people had been killed in Ituri and neighbouring North Kivu in attacks by another armed group, the Allied Democratic Forces.