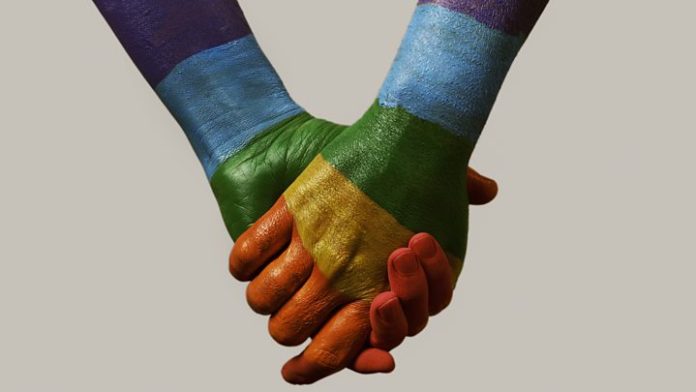 Zambia’s President Edgar Lungu has pardoned two men who were jailed last year for having sex with each other. Their 15-year sentence triggered a diplomatic row, which ended in the recalling of the US ambassador.

The two men, Japhet Chataba and Steven Samba, were listed among the names of nearly 3,000 prisoners to be pardoned to mark Africa Freedom Day, which fell on Monday.

Go deeper: Zambia is a deeply conservative society where homosexual acts are illegal. The continent itself is known to be a conservative one. Issues like the rights of LGBT persons are often suppressed or dismissed outright in conversations among Africa’s leaders, – religious, political, traditional. There is a strict insistence that the sexual orientation is ‘imported’ from the Western world and must not be accepted. Culture is cited sometimes and at other times, religion is used to admonish Africans who are members of the LGBT community.

Algerian authorities have said they won’t stop the controversial use of hydroxychloroquine in the treatment against coronavirus, despite the decision of the World Health Organization (WHO) to suspend clinical trials, a member of the Pandemic Monitoring Committee said Tuesday.

“We have treated thousands of cases with this drug with great success to date. And we have not noted any adverse reactions,” Dr. Mohamed Bekkat, a member of the Scientific Committee monitoring the evolution of the Covid-19 pandemic in Algeria, told AFP.

Go deeper: Africa has reported other instances of leaders using controversial means to treat COVID-19. Madagascar had reported an organic herbal medicine with a hundred percent recovery rate until two patients died of the coronavirus. Despite warnings, other African leaders are keen to obtain the product. “We will send a plane to bring the drugs so that Tanzanians can also benefit,” Tanzanian President John Magufuli said. Denis Sassou Nguesso, president of the Republic of the Congo, plans to “adopt” the tonic as well, according to a tweet by his government’s spokesperson.

Also, Nigeria plans to continue with the planned clinical trials on malaria drug hydroxychloroquine on Covid-19 patients even after the World Health Organization (WHO) halted a similar effort because of safety fears.

South Africa’s President Cyril Ramaphosa has announced that places of worship will be reopened on 1 June with strict guidelines to prevent the spread of coronavirus.

Churches, mosques, temples and other recognised places of worship will be required to ensure worshippers keep distance.

Only 50 or less people will be allowed to attend worship depending on the size of the worship place.

Go deeper: All over Africa, religious groups have insisted that places of worship should be reopened. This is nor unconnected with Africa’s overwhelming embrace of religious activities. Some of the religious leaders have mentioned that the continent needs more prayers and people need to gather to pray together.

A major religious group in Ghana is advocating a phased lifting of remaining restrictions in the country. General Secretary of the Ghana Pentecostal and Charismatic Council, Rev. Emmanuel Barrigah told local network Citi FM that a gradual lifting will better equip institutions and people to adapt to the new state of affairs.

UN condemns use of explosive devices against civilians in Libya

The United Nations Support Mission in Libya (UNSMIL) has condemned the use of improvised explosive devices against civilians in the southern part of Tripoli, as the armed conflict between the east-based army and the UN-backed government continues.

UNSMIL “is extremely concerned about reports that residents of the Ain Zara and Salahuddin areas of Tripoli have been killed or wounded by improvised explosive devices placed in or near their homes,” UNSMIL said in a statement Monday.

Since April 2019, the east-based army has been leading a military campaign attempting to take over Tripoli and topple the UN-backed government.

Schools have reopened in Abidjan, Côte d’Ivoire after the country lifted an almost two-month curfew in its fight against the coronavirus pandemic. Nightclubs, cinemas and bars will remain closed.

Thousands of children in face masks have flocked back to school starting Monday, and authorities are confident that pupils can study together in safety after the introduction of extra hygiene measures.

Go deeper: Africa has yet learnt to adapt eLearning so student’s education doesn’t come a strong halt. There is hardly any African country with a success rate in eLearning and while we consider that COVID-19 cases have not stopped increasing, we might also want to consider that governments have put preventive measure in place to ensure it does not keep spreading.

Inspiration of the week: Master KG and how to make a song go viral using the ‘Jerusalema’ way