Y! For Africa Focused on Emerging Leaders and Culture Shapers
Home 54° Across Africa 3 core issues the Nigerian Government should fix in its crisis communication strategy 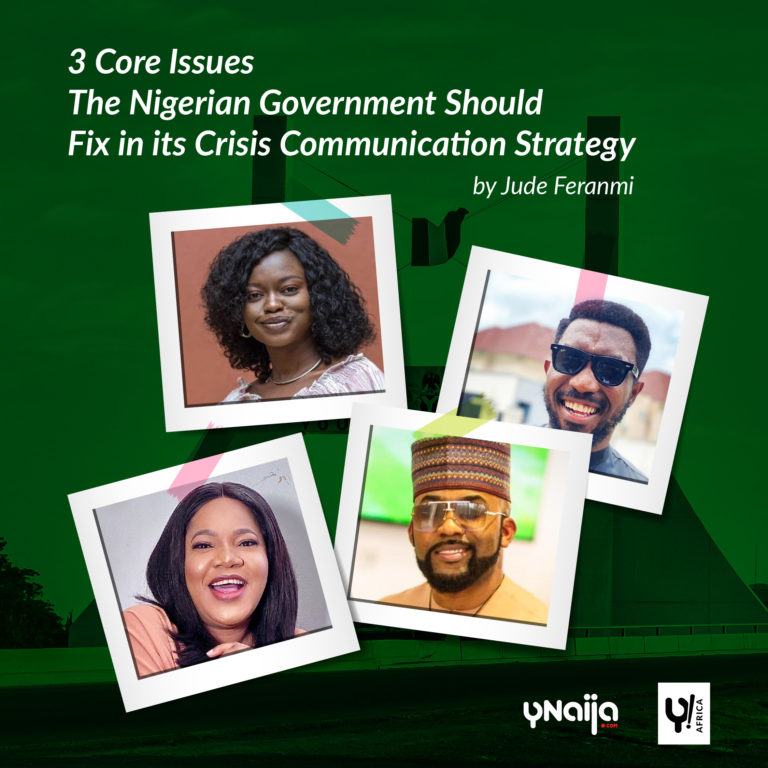 When I heard that Ayodeji Osowobi, the young lady whose leadership for her organisation – Stand To End Rape led her to deserved prominence, had being discharged after testing positive for coronavirus, I leapt for joy in my heart. It would have been excruciatingly devastating to hear that we lost such a young leader in our country to the virus. More importantly however, it hit home as to how close the virus is for young people and destroyed the myth that young people had a kind of immunity against the virus. This myth amongst so many others have circulated in different circles during this pandemic.

I was further relieved to see in circulation the videos of influencers put together by the United Nations in partnership with the National Center for Disease Control promoting credible information about the pandemic –also in different local languages. Watching Ayodeji share her experience was a step that I believe influenced the perspective of a lot of Nigerian youths and their approach to staying safe in these times. Except for a few instances, we have seen state governors take proactive responses to risk communication in their states. These state-based responses by the Governors and the regular Presidential Task Force briefings have done so much in setting a national tone that there is a public health emergency.

While these are laudable initiatives, it is not just enough to have communication strategies designed in the most creative ways possible by government agencies and non-government organisations. These strategies have to be followed up with corresponding action steps that align with what is being communicated.

According to The World Economic Forum Global Competitiveness Index, Nigerian ranks the lowest in the West African region for trust in politicians (130) with a rating that is double the world median rating (65). No matter how well you are communicating, if I don’t trust what you are saying, it will not matter. To improve this, there has to be more investment in the technology that provides basic foundational identity for all Nigerians. Not only does this ensure that the government is able to communicate directly with its citizens, it also allows audits to initiatives for citizens, easier contact tracing and evidence based policymaking in the interest of the Nigerian people.

Besides reigniting lost public trust and establishing a robust foundational identity for Nigerians, it is important that public officials uphold integrity in their public service – a word that is so familiar in this administration but questionable in its implementation. When laws are made for citizens and broken by the very individuals who make those laws, integrity is lacking. When information is shared about protective equipment for health care workers and none is made available for those workers, integrity is lacking. When a governor blatantly refuses to carry out any testing in a state and insists that there is no case of the virus in the state without evidence to back it up, integrity is lacking.

In times of crisis, people look to their leadership to navigate the ship of the nation to stability and it is a natural inclination to support such leadership. However, with a deeply entrenched mistrust of the government, is it surprising that the only places a sense of public emergency is felt are amongst government circles and the middle class?