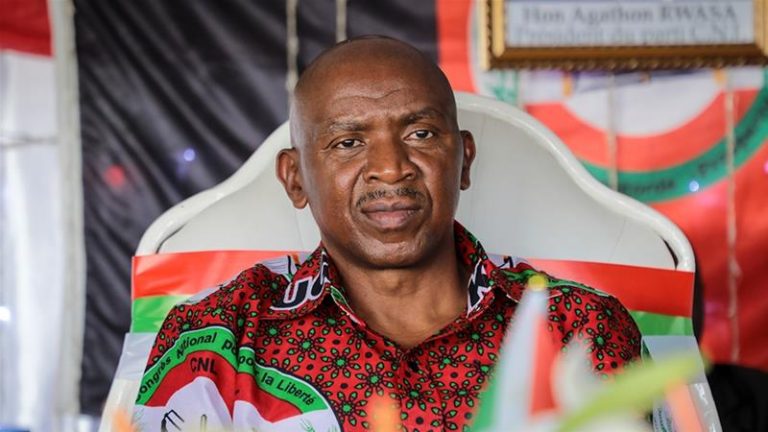 Main opposition candidate in Burundi’s May 20 presidential election, Agathon Rwasa, has denounced an “electoral masquerade” after the announcement of the landslide victory of the ruling party’s candidate, Evariste Ndayishimiye.

“We are in the process of putting together our complaint file, and we are going to comply with the law, and tomorrow (Tuesday) or the day after tomorrow (Wednesday) we are going to file (our appeal) at the (Constitutional) Court to rule on the massive frauds that have punctuated this electoral masquerade,” the spokesman for the National Council for Liberty (CNL), Thérence Manirambona, told AFP.

Go deeper: The CNL has said it has conducted an internal election mentioning scores of 57% or 58% depending on the ballot, and joins a long list of opposition parties across Africa who decry events at the polls. It is an election year in Africa and we will recall how Malawi’s electoral body chair resigned in May 2020 amid the election crisis in the country.

The Chairperson of the African Union Commission, (AUC), Moussa Faki Mahamat, on the occasion of the AU’s 18 anniversary, has said everyone is culpable in the events in Libya.

The AU chief in an abridged version of his AU @18 declaration posted on Twitter stressed the need to do all it takes to resolve the Libyan crisis.

“The tragedy being played out in Libya is of profound concern to us all. No-one is blameless in the failure, neither is any segment of the international community, which has a great responsibility in the persistence or even escalation of the conflict,” he stressed.

Go deeper: For the last half decade, Libya has struggled with sectarian violence following the death of Mohammar Ghaddafi, the former supreme ruler, killed in US air strikes. Once hailed as a revolutionary event, the death of the supreme leader led to ethnic clashes, and a resurgence in modern slavery and human rights abuses.

These abuses have disproportionately affected African migrants for whom Libya’s Tripoli is a port town connecting them to Europe. Libyans have accused the AU of not coming to their aid during the US invasion of their country.

The authorities in Uganda have found, in Ndeeba area, and arrested seven lorry drivers out of 25 others who escaped from a coronavirus testing centre.

The drivers had been tested at Elegu and Malaba border posts where they returned positive tests.

Go deeper: Uganda is a landlocked country that shares borders with three East African countries and one Central African country. Because of its strategic location and regional trade, the country is at high risk of transferred infections from neighbouring countries. It is also ill-equipped to handle a super-spreader at this time.

Mozambique has reported its first coronavirus death – a 13-year-old boy from the northern province of Nampula.

Go deeper: Mozambique has been in the news for the last month for its high rate of recoveries and its ‘miracle’ Covid-19 herbal cure, which has been dismissed by the WHO as a homeopathic remedy and courted by other African countries ill-equipped to deal with the pandemic. A first death changes things for Mozambique and might increase scrutiny on their model for handling the pandemic.

Seven African oil and gas companies launched “Equal by 30 Campaign” to ensure women are treated equally with men in the energy industry by 2030.

The campaign urges companies and governments to advance gender equality, especially issues like equal pay, opportunities for women to advance to leadership positions and to play a role in green energy, by 2030.

The campaign is a joint initiative, spearheaded by the Canadian government and the International Energy Agency, which views participation by women in the industry as crucial.

Go deeper:  This Stears Business article suggests the oil industry has exacerbated gender inequality in Africa and continues to do so, even with advances in feminism and humanism.