Y! For Africa Focused on Emerging Leaders and Culture Shapers
Home Africa 500 Guinea-Bissau’s Ansu Fati due for a fourth knee surgery since injury in November 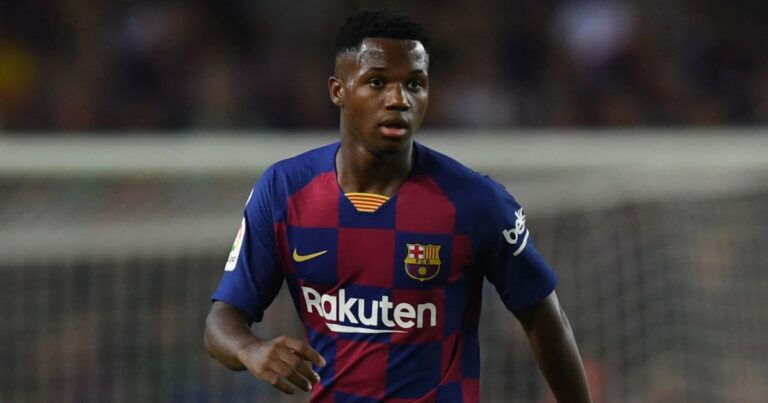 Ansu Fati Vieira, a Guinea-Bissau born Spanish Footballer with the popular Spanish Club, FC Barcelona, has been scheduled for the inner meniscus in his left knee to be removed on Thursday 6th, May 2021.

The Barcelona forward player has had major setbacks in his career as a footballer due to the severity of the injury he sustained last year November against Real Betis. This will be Ansu Fati’s fourth surgery within the span of six months; since the first surgery when he sustained the injury.

Ansu Fati’s inner meniscus in his left knee will be removed this Thursday. This will be his fourth surgery in six months.

It was expected that the player would be out of play for roughly four months. However, when the knee injury didn’t seem to heal after several surgeries, reports suggest that Ansu Fati will be out for six to eight more weeks. Ansu’s teammates are worried that the season might already be over for him because he was meant to be amongst the Spanish team for the European Championship which is to take place in summer.

Although Ansu ignored his birth country Guinea-Bissau to play for Spain, he has continued to shine and position himself as a star player. His efforts have also gained him lots of fans from his home country and football fans across the African continent.

This injury has also forced Barcelona’s management to train him separate from his colleagues. While it’s been decided that in two days time, his inner meniscus will be removed fans are hoping for a quick recovery so Ansu can return to doing what he loves and to thrill his fans with live action.

Ansu is listed on Y! Africa’s most inspiring young persons on the continent