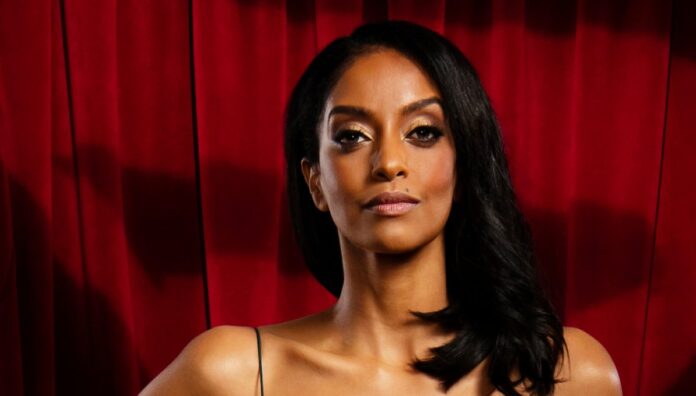 American actress, Azie Tesfai, opens up about her character, Kelly Olsen in “Supergirl”, on a #CWSpotlight interview. She explains how proud she is of representing people of colour, women and sexuality in the hit show “Superwoman” and “Legends of Tomorrow”.

Azie Tesfai is known for her television roles, including “Jane the Virgin” and “Supergirl”.

Azie was born on December 20, 1992, in Orange County, and raised in Los Angeles, California, as Azieb Goitom Tesfai and is the daughter of Eritrean immigrants.

Read Also: Here’s why Morocco’s Achraf Hakimi is the new hotcake in football

She received a degree in business administration from UC Berkeley, and began attending auditions and acting classes from there. She is a first generation American as her parents are from Eritrea.

Azie’s first role was Cherry Milton in “Wicked Wicked Games” on MyNetworkTV, where she appeared in 30 episodes over two seasons. She has appeared in “Melrose Place”, “Law & Order: SVU”, “Franklin & Bash” and “Royal Pains”. In 2014, she was cast as recurring detective Nadine Hanson in the CW’s “Jane the Virgin”. She appeared in season 3 of “Silicon Valley in 2016”.

She was cast as Kelly Olsen, the sister of DC Comics character James Olsen (Mehcad Brooks), on the fourth season of The CW series “Supergirl”. Kelly is set to take up the mantle of Guardian, a role previously played by her brother.

She’ll make her big debut in Episode 12, which is titled “Blind Spots” and will air Tuesday, September 21. Tesfai co-wrote the 12th episode of the superhero drama’s sixth and final season alongside co-producer J. Holtha. Plus, Arrow alum David Ramsey directed the episode, which will tackle racial inequality, and see the actor appear on-screen as John Diggle.

“I am so grateful to write for Supergirl’s final season,” Azie said in a statement obtained by EW. “It’s been such an honour to play Kelly Olsen, a BIPOC and queer character in the DC universe. Working in our amazing writers room and co-writing an episode has been an immensely educational and empowering experience. Writing is such a passion for me and I’m excited to continue on this creative journey.”

Azie previously portrayed Michelle Marrs in “Powers”, and is the first Arrowverse cast member to co-write an episode on their show.

Azie Tesfai is on the list of the Most Inspiring Youth on the Continent – Africa 500.