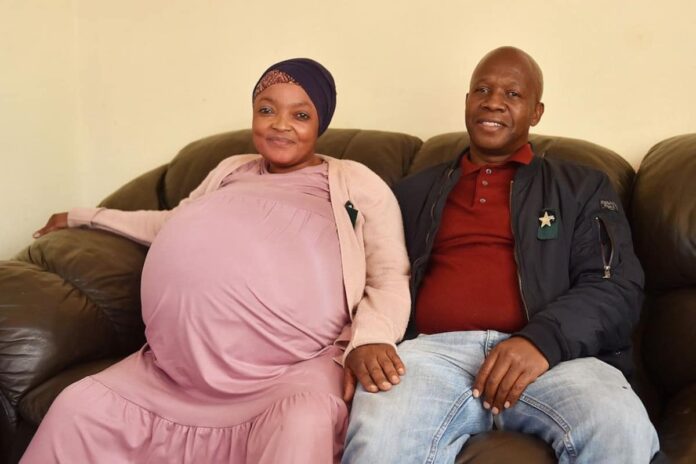 Across the African continent, these are some of the top news that shouldn’t escape your attention.

A 37-year-old woman, Gosiame Thamara Sithole, has set a world record by giving birth to 10 babies in South Africa on Tuesday, June 8th, 2021.

Sithole was delivered of seven boys and three girls by caesarian section in a Pretoria hospital and her husband, Teboho Tsotetsi, revealed that they already had 6-year-old twins before the decuplets.

The previous Guinness World Record was held by a Malian woman who gave birth to nonuplets in Morocco last month. – Nation Africa reports

US imposes travel restrictions on perpetrators of violence in Cameroon

Following a four-year trail of violence, the United States, earlier this week, announced visa restrictions against “leaders” and “accomplices” of violence in western Cameroon, the reported scene of conflict between armed Anglophone groups and the army.

According to a statement by the US Department of State, the sanctions are aimed at “those who undermine the peaceful resolution of the crisis,” with no names mentioned. – Africanews reports

Inter Milan defender, Achraf Hakimi, has become the subject of interest among top football clubs in Europe as Chelsea and PSG desire having him in their ranks.

The Moroccan defender who was a key member of Inter Milan’s title winning squad, is tipped to leave Inter Milan as the club is keen on cutting costs to mitigate the economic effects of the pandemic. Goal reports

As fears of a third wave of COVID-19 continue to grow, cases of the pandemic in South Africa continues to surge as it recorded 4,209 new cases and 120 deaths on Tuesday, June 8th, 2021.

A silver lining, however, is the reported vaccination of 1 million citizens aged 60 and above. News24 reports

Tug of war over exhuming the remains of Robert Mugabe

Former President of Zimbabwe, Robert Mugabe, who died in 2019, was buried in the rural area he hailed from, Kutama.

However, the ruler of the area, Chief Zvimba said he received reports from Mugabe’s clan on the manner in which the late leader was buried and subsequently gave an order for his remains to be moved to the National Heroes Acres where a person of his significance deserved to be committed to earth.

But Mugabe’s immediate family which comprises his wife and children have appealed the judgement of Zvimba as it appears the final resting place of Mugabe’s remains would a subject of conflict for some time.

Mugabe himself had reportedly refused to be buried at the National Heroes Acres in Harare over fears that his remains might be used for rituals. – Africanews reports