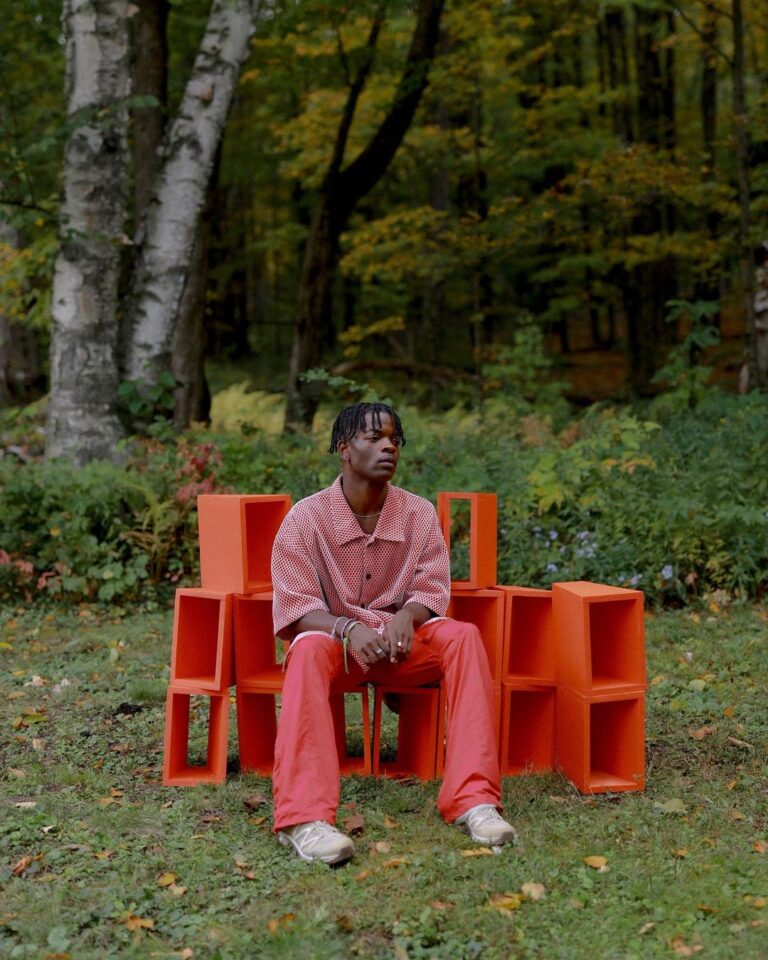 For Taofeek Abijako, the recurring obsession that fuels all of his designs is books. With his Brooklyn-based menswear label, Head of State, Abijako constantly imagines clothes that some of his favorite novel characters would wear, and then brings them to life. “It’s a combination of the characters in the books, and the author’s approach to writing, that inspire me,” Abijako says in Interview with vogue.

Abijako’s life started in Lagos, Nigeria, but obviously did not continue there. He had watched his dad, a fashion designer, work in his studio and his interest grew over time. When he got to the U.S., he then self-taught himself to sew and eventually launched Head of State – a brand that fuses his Nigerian roots with America’s sensibility. In between, you see an appeal to the funky, free and the youthful.

Head of State was founded in 2016 when Abijako was just 17, and was named for the title of a song by the late Fela Anikulapo Kuti, who Abijako says inspires his designs. On the HOS website, it says that HOS was “born from this unique clashing intersectionality and thrives on it, aiming to provoke and further a dialogue about the past, current and future state of marginalised spaces”

There is also mention that the monies from sales go into funding the promotion of safe spaces for underserved communities.

According to Forbes, to fund his first capsule collection, he painted designs on $45 Van sneakers and sold them for $200. Weeks after a fashion site wrote about the collection he’d posted on Twitter, a buyer from Japanese chain United Arrows snapped up the whole line of fitted shirts, pants and jackets.

Abijako’s latest collection “Johnny Just Come,” was inspired by two of his favourite books by the late Nigerian novelist Chinua Achebe, No Longer at Ease and Chike and the River. “A prevalent theme in Achebe’s novels is the intersection of African tradition and modernity, especially as embodied by Western imposition,” says Abijako, according to the interview. 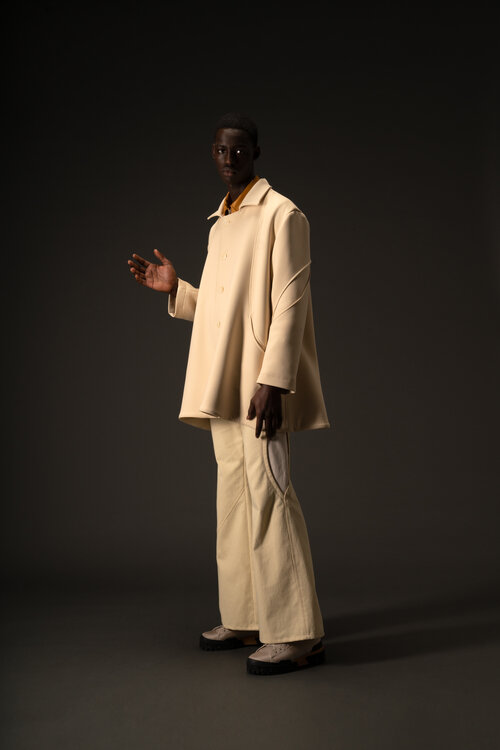 He is indeed breaking through and the fashion industry is already taking notice of him, so much as being named a designer to watch during Men’s New York Fashion Week.

Abijako explained his intent on affecting the fashion industry to CFDA, “I hope to contribute to the encouragement of fruitful dialogues regarding social, political or cultural matters. Designers are not doctors or fire fighters who save lives, although we are and can be conversation starters. The design gives us the privilege and luxury to highlight and raise awareness on any topic.”

Abijako Taofeek is on the list of the Most Inspiring Youth on the Continent – Africa 500.