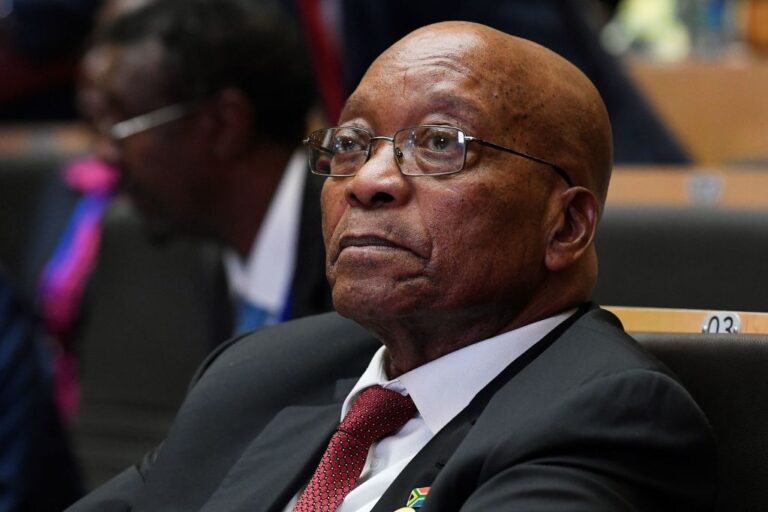 Jacob Zuma: ‘I will not go to jail’

Former South African president Jacob Zuma, addressing his supporters outside his home in Nklandla, has declared ‘I will not go to jail’ – Africa News reports

Zuma disclosed that he had sent letters to the court pleading the case that his sentencing “was wrong to ask and if they can reduce it or strike it out”.

“You have given the nation hope that no one will ever be mistreated or abused under this democratic dispensation,” the former South African President told the cheering crowd of supporters.

Thousands took to the streets of Burkina Faso’s capital, Ouagadougou Saturday, July 3, to call for a tougher government response to the wave of jihadist attacks destabilising the West African country in recent years – Reuters Africa reports

According to reports, some nationalists had travelled hundreds of kilometres to attend the opposition-led demonstration in Ouagadougou as protesters waved the red and green Burkinabe flag and blew whistles.

“We had to show our dissatisfaction, show the distress of citizens who are crying out for security and peace,” said opposition supporter Alpha Yago on the sidelines of the protest.

Tigray crisis: Accept our rule or no ceasefire, rebels say

Rebels in Ethiopia’s Tigray region have given the Ethiopian government an ultimatum, saying they must be recognised as its legitimate government before they accept any ceasefire – BBC Africa reports

Authorities in Addis Ababa had earlier declared a unilateral ceasefire as the rebels retook much of the region causing government officials to flee.

The conflict started November 4, 2020, when Ethiopian Prime Minister Abiy Ahmed ordered a military offensive against regional forces in Tigray. He said he did so in response to an attack on a military base housing government troops there.

Following consultations with the Malian transitional authorities and the countries of the region, France “decided to resume joint military operations as well as national advisory missions, which had been suspended since June 3”, the armed forces minister said in a statement on Friday.

Namibia: Sprinters withdrawn from 400m due to testosterone rule

Sprint duo Christine Mboma and Beatrice Masilingi from Namibia, have been withdrawn from the Olympics 400m event at the Olympics due to a rule capping testosterone levels in women’s events from the 400m through the mile – All Africa reports

According to Namibia’s National Olympic Committee, Mboma and Masilingi, both 18, are, however, qualified for the 200m.

It’s the same rule that affected all three Rio Olympic 800m medalists – Caster Semenya of South Africa, Francine Niyonsaba of Burundi and Margaret Wambui of Kenya – and Niger’s Aminatou Seyni, who was the world’s third-fastest 400m runner in 2019 before moving to the 200m for that year’s world championships.