Y! For Africa Focused on Emerging Leaders and Culture Shapers
Home 54° Across Africa Namibian President appoints 22-year old into Parliament, Kenyans eager to get COVID-19 vaccine amid shortage | 5 Things That Should Matter Today 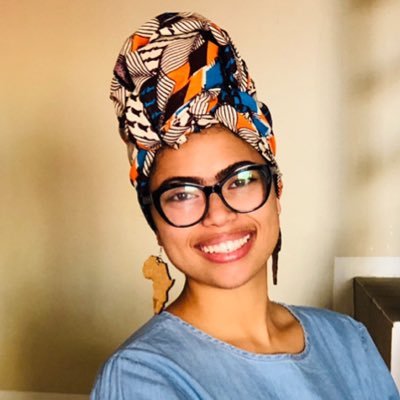 Chad’s ruling military council has rejected offers from northern rebels calling for a ceasefire and dialogue, calling them “outlaws” who needed to be tracked down and arrested for their role in the battlefield death of President Idriss Deby – Reuters Africa reports

The rebels, known as the Front for Change and Concord in Chad (FACT), disclosed on Sunday, 24th April, that they were open to discussing a political settlement, two weeks after they poured over the border on election day demanding an end to Deby’s 30-year rule.

Kenyans eager to get COVID-19 vaccine amid shortage

In Kenya, people are eager to get vaccinated and protected against the COVID virus amid a shortage warning in the East Africa nation – Africa News reports

According to reports, almost 900,000 people have been inoculated with the first dose as the third wave has made people more active to get vaccinated, which has pushed up demand.

“The third wave is a bit extreme. People have realized that if you don’t get vaccinated, you are likely to get a severe form of COVID-19. And that I think has greatly triggered people to come to facilities and demand the vaccine. And I think it’s a good thing. The attitude has completely changed. People want to receive the vaccine as soon as they can,” said Elijah Ongeri, head of nursing at the Metropolitan Hospital.

Driven by the resignation of former Defense Minister Peter Vilho over allegations of corruption and misconduct in April, Namibia’s President Hage Geingob has reshuffled his Cabinet and appointed a 22-year old into parliament – News Central Africa reports

The president named Home Affairs Minister Frans Kapofi as new Defense Minister.
The Presidency also announced the appointment of 22-year-old Patience Masua as a Member of the National Assembly.

Human Rights Lawyer, Richard Spoor, has offered to represent former South African president, Jacob Zuma after he decided to represent himself having been dumped by his attorneys – eNCA reports

According to the Lawyer, the decision of the former president to represent himself was an extremely bad idea.

Spoor has offered to represent the former president for free at his trial next month.

Kenya’s satire is under threat

Kenyans have always challenged power by laughing. However, it seems like the Kenyan government has started cracking down on humour – Aljazeera Africa reports

Humour and satire have become a favourite and easing means to react to torments upon the kleptocrats and incompetents in power. However, the Kenyan state is no more laughing.

Two weeks ago, Kenyans online fulminated against the government’s latest attempts to procure loans from the International Monetary Fund, activist Edwin Mutemi wa Kiama was arrested by police for circulating a poster – a parody of common newspaper notices posted by firms after they fire employees – which declared that President Uhuru Kenyatta was “not authorised to act or transact on behalf of the people of Kenya”.

In court, prosecutors declared: “The presidency is a symbol of unity and any attack on him on the institution is contemptuous.”