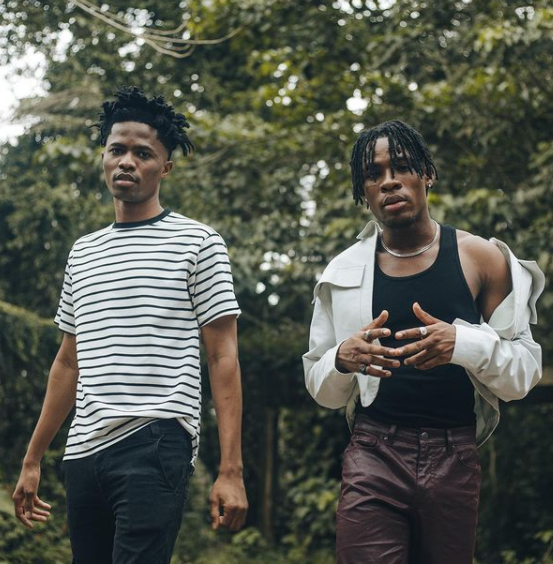 Fast-rising Nigerian singer, Joeboy, has released the visuals for a song off the ‘Somewhere Between Beauty & Magic’ album released in February.

The singer has also tapped on the talent of Ghanaian artiste, Kwesi Arthur, for this new version of the song which has gotten fans giddy since the announcement of the music video.

Visuals for DOOR out this Thursday! 💫⬜….pao pic.twitter.com/tmAUtZbgGy

On Tuesday, 20th April, the singer had taken to Twitter to ask his fans to anticipate the visuals with an extra twist when he announced that it will come with extra vocals from Kwesi Arthur. Although this won’t be the first time the two talents are crossing, it still created heavy anticipation on social media when the singer announced it.

The video which premiered on YouTube, Thursday, 22nd April at 12 pm, had hundred of fans watching it premier live on the platform

Directed by Andy Madjitay, the video showed the singer in a lovestruck setting as he sang his heart out to his lover against certain restrictions that stood against him. It’s is just as the lyrics: “Abi na jazz wey you do me, me omo, I dey for your house oya open your door”

Kwesi Arthur was undoubtedly a flavour to this boop with his vocals that came in just after Joeboy sang the first part of the song and in the background as the instruments gave a soothing sound to the entire action.

While Joeboy’s music often tends to serenade the ladies with his vocals, he has always found a way of delivering spicy videos with his afrobeats rhythm and a sense of coolness and the visuals for Door wasn’t anywhere short of this.

His Album ‘Somewhere Between Beauty & Magic’, is currently on the 8th spot on the Apple Music Album Chart in Africa.

Somalia: Diplomatic ties with Kenya restored, WHO warns of new COVID-19 wave in Africa | 5 Things That Should Matter Today