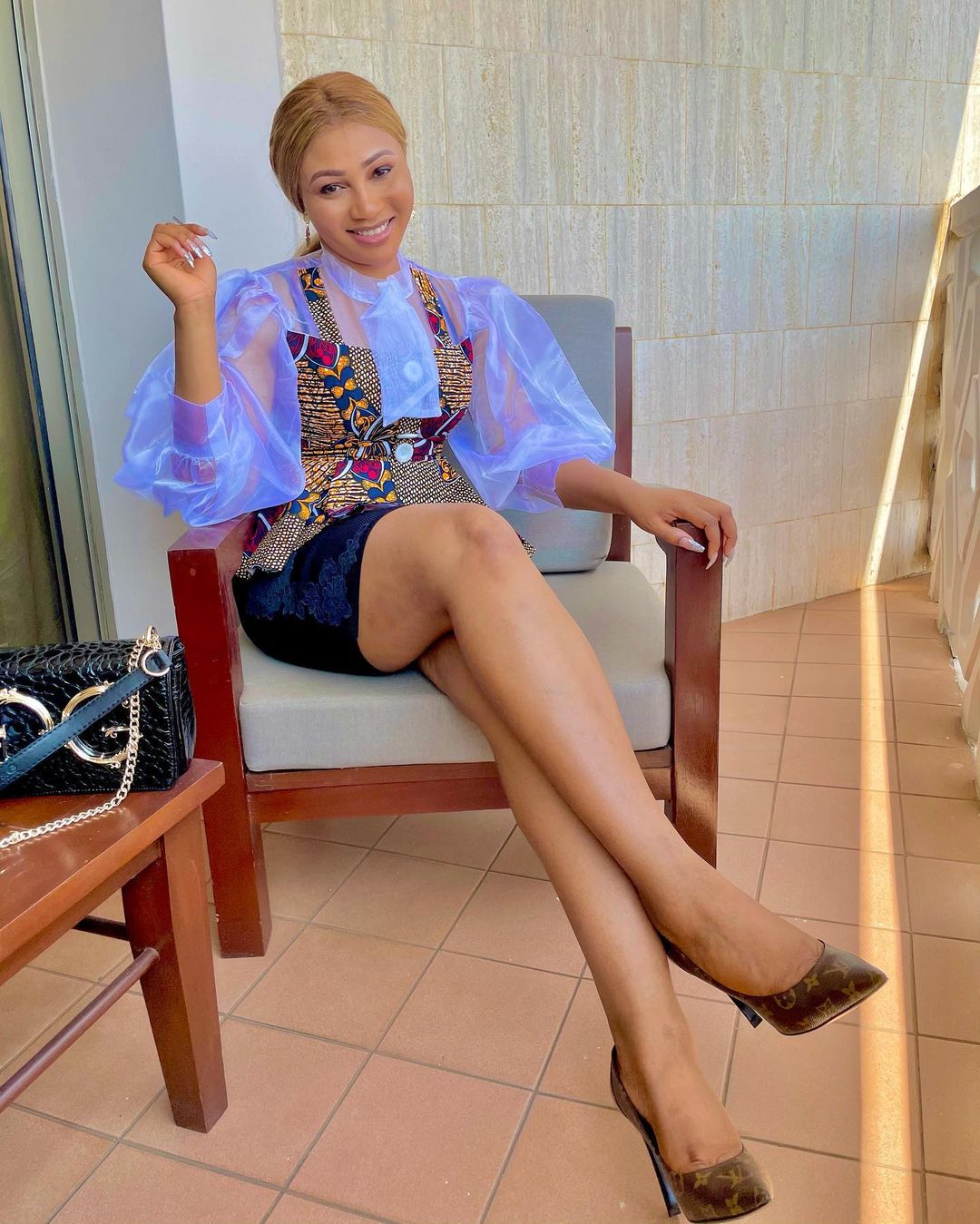 About a month ago, Netflix acquired two Cameroon movies “Broken” and ”A Man For The Weekend”. The actress broke the news of the acquisition of the films produced under her production house Blue Rain Entertainment, saying “It can only be God”.

Syndy Emade stands as the first Cameroonian to have two movies on Netflix.

Syndy (born Elone Synthia Emade on November 21, 1993) is a Cameroonian actress, model and a movie producer. She is the owner of Blue rain entertainment.

She made her international career debut in Nollywood in 2016, in the movie “Why I Hate Sunshine”.  In 2017, she was listed second most active Cameroonian actress, according to an online movie streaming channel, Njoka TV for Africa entertainment. She was awarded best Cameroon actress in Scoos Academy Award 2017. She won 2014 edition Cameroon Miss Heritage award.

Syndy’s first movie project was in 2010 in the movie “Obsession”. She has also produced other movies like “Rose on The Grave”.

She is the founder of non-governmental organisation, Sydny Emade Foundation launched July 11, 2019, dedicated to meeting the needs of internally displaced persons due to the Anglophone crisis.

Syndy Emade is on the list of the Most Inspiring Youth on the Continent – Africa 500.