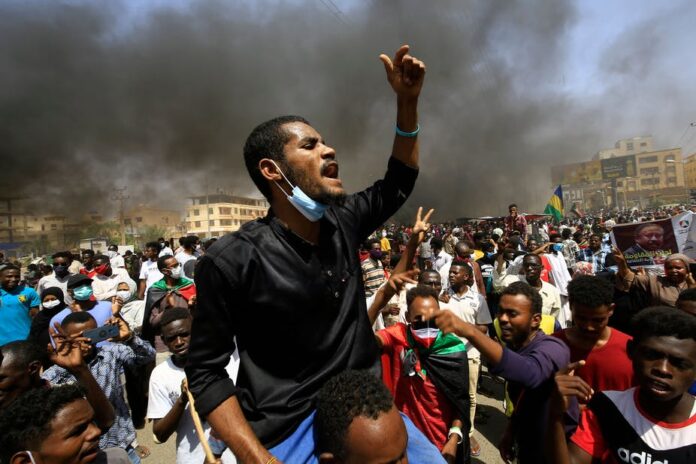 Across the fifty-four countries in Africa, these are the top stories making rounds on numerous News Media channels

Protests break out in Sudan over cost of living

Protests erupt on Tuesday, 9th February in Darfur region and other parts of Sudan over the increasing cost of living, witnesses and state media reports.

Sudan, with an emerging government team and opposing rebel leaders, has been tasked with fixing an economy that has been affected by decades of US sanctions, mismanagement and civil war. The Northern African country is also faced with galloping inflation, chronic hard currency shortages and a flourishing black market.

Protesters in Nyala, capital of South Darfur, hurled stones at police and set several shops ablaze in the main market.

Leader of one of the criminal sect behind the abduction of over 300 boys in the Kankara region of North-western Nigerian state, Katsina, has surrendered to authorities in exchange for an amnesty agreement.

The state government said Awwalun Daudawa and six other members of the group had surrendered their weapons and swearing on the Holy Quran not to return to their former practices.

Awwalun Daudawa had kidnapped 344 schoolboys in the Katsina on behalf of the Boko Haram jihadist group.

The president, in an op-ed published on the British news website The Guardian, pointed to a “nationalism” of COVID-19 vaccines on the part of the United States and Europe.

President Kagame further states that delaying the vaccination reaching the poorest countries could undermine decades of progress in human development.

The International Criminal Court (ICC) has adjourned the trial of two former militia leaders, in Central African Republic to February, 16 2021.

Alfred Yékatom and Patrice-Edouard Ngaïssona were originally scheduled to face trial come Thursday, 11 February 2021. The former leaders of the anti-Balaka militia, are facing a joint 53 counts of alleged war crimes and crimes against humanity.

Hundreds of migrants have been rescued off the Libyan coast in the past few days and have arrived in Italy, where they disembarked.

An NGO, SOS Mediterranee said the 422 migrants were rescued by their ship, Ocean Viking. The NGO also disclosed that they were rescued after several search and rescue operations in the Mediterranean Sea between February the 4th and 5th.

According to SOS Mediterranee, a small number of the migrants, mostly from Sub-Saharian Africa, initially tested positive for COVID-19 when tests were administered by the crew on the ship after being rescued.