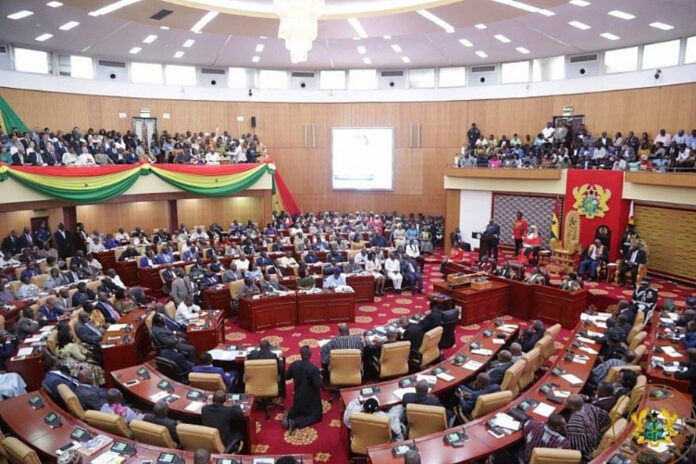 Across the 54 Countries in Africa, these are the top stories making rounds on numerous News Media channels

Ghana: Parliament shutdown as legislators come down with COVID

The Ghanaian parliament has shut its doors on Tuesday, 9th February after more than 100 cases of COVID-19 were discovered among legislators and staff of the parliament.

According to reports from newsmen, at least 17 parliamentarians and 151 staff members have tested positive for the virus in recent days. The parliament is also said to remain shut for three weeks.

“I have decided, in consultation with political leaders, that the Assembly session will be adjourned for three weeks,” announced its Speaker, Alban Bagbin. This to allow “disinfection and sanitation of the premises,” he said.

The Federal Capital Territory Administration Mobile Court has convicted one Ibrahim Albon, a citizen of The Central African Republic (CAR) and 34 others for violation of COVID-19 Health Protection Regulations Act, 2021.

According to reports, Mr Ibrahim was seeking asylum in Nigeria. A document obtained from Albon indicated that he was being examined by the Office of the National Commission for Refugees, Migrants and Internally Displaced Persons.

Yogida Sawmynaden, The Minister of Commerce and Consumer Protection in Mauritius,  stepped down from his position today following a scandalous allegation against him.

According to local reports, the now ex-minister was also summoned to the Central Criminal Investigation Department (CCID) this morning for questioning. This was after a complaint filed by Shakuntala (Simla) Kistnen — the surviving widow of Soopramanien Kistnen.

Mrs Kistnen had accused Sawmynaden of having made a “false statement” to the Mauritius Revenue Authority (MRA).

President Christian Kabore of Burkina Faso started out an official visit in Brussels on Tuesday, 9th February, to meet with senior European Union officials in a bit to establish new relationships and to strengthen old ones.

The meeting is also geared towards strengthening the socio-economic partnership, security and health cooperation between Burkina Faso and the EU. More recently, the president met European Council President Charles Michel and European Parliament President David Sassoli among others.

A Federal High court in Nigeria has ordered the country’s apex bank, the Central Bank of Nigeria to unfreeze the accounts belonging to 20 #ENDSARS protesters.

The presiding judge, Ahmed Mohammed, ordered that the bank accounts be unfrozen as he overrides a previous judgement which had ordered the freezing of the protesters’ accounts.