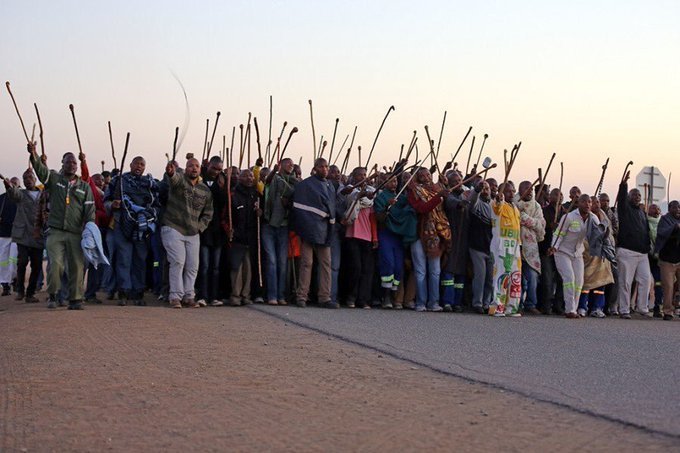 For decades, South Africans have complained of losing job opportunities to foreigners. A development that became more intense in recent years. And, on September 23, 2020, South Africans want to march to the embassies of countries of non-South Africans to ask for a clean up.

By clean up, it is believed they mean that establishments in the country should have less to do with hiring foreigners. They want to occupy more positions in these companies and establishments than the foreigners.

One can feel the frustration in the conversations, because from what it seems, it is a preference issue. South Africans feel that these companies prefer to hire foreigners because they think South Africans are either trouble, lazy, entitled, or are violent. Stereotypes you may call it and may be right in your opinion.

They also believe foreigners are responsible for the vices they experience as a country. Kidnaps, drug trafficking, cyber crime, etc.

The tweets below explains a lot:

These tweets are a fraction of the opinion of many South Africans. This raises questions, a lot we must say.

A new law has just been passed in the country in response to irregular migration into the country.

The backlash seems to be targeted at certain countries like Nigeria and Zimbabwe:

If South Africans sense that they being oppressed, then it’s only normal to expect an outrage where the people have been marginalised. It is, therefore, important that the South African government addresses this age-long issue to avoid an impending crisis, and upturn the ideas that South Africans want to establish the ‘let’s build a wall’ narrative.

It will be insensitive to ignore the cries of South African citizens – The march happening is already.