Y! For Africa Focused on Emerging Leaders and Culture Shapers
Home 54° Across Africa Reflections on the Year of Africa + Other best reads of the week 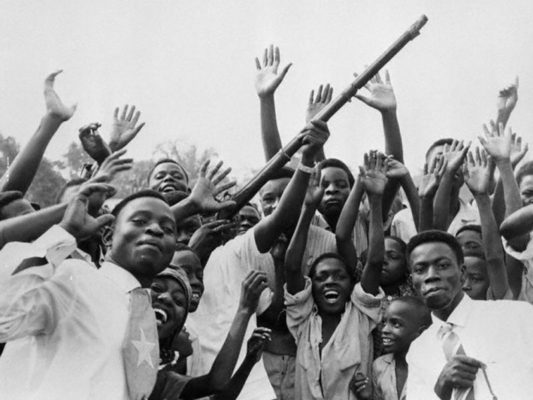 There is a history of Africa’s long-serving presidents and the nostalgia that comes with their regimes. Most times, it is a memory more people want to erase – his legacy is complicated. Daniel Toroitich Arap Moi, a Kenyan politician who was the second and longest-serving President of Kenya from 1978 to 2002, died February 4, 2020 (aged 95). He served as the third Vice President of Kenya from 1967 to 1978 and succeeded President Jomo Kenyatta following the latter’s death. This is a time to remember him and Gathara shows us how.

If you wanted to talk about Africa skipping or simply flipping through 1960, you will be missing out on a lot. It is the Year of Independence when 17 sub-Saharan African nations, including 14 former French colonies, gained independence from their former European colonists. “The Year of Africa, as it came to be known, was a victory for the black world. It emerged from longstanding global movements for racial equality and gave rise to political and cultural revolutions that forever transformed Africa’s place in the world.”

New deadly disease, coronavirus is fast spreading around the world. Countries have become more stringent with their security measures at airports and land borders. And, just like Ebola, there are questions as to how and if Africa is ready to tackle coronavirus. “Africa is one of only two continents with no confirmed cases of coronavirus however experts have warned that it may not be long before the first case is confirmed, given its increasingly close ties to China.” Read Anne’s insight on this one.

Should Africa Ever Unite – Tope Fasua

Nigerian businessman, economist, writer and 2019 Nigeria Presidential candidate for Abundant Nigeria Renewal Party (ANRP) asks questions about the unity of Africa. We are usually wary of the question and most times avoid it. We simply want it to happen, we want a united Africa but we assume that it is so – we haven’t asked and answered. Fasua raises some of the questions about a united Africa. Read to see if he answered your questions.