Home 54° Across Africa Refugees are stuck in the midst of the heated Tigray vs Ethiopian...
Facebook
Twitter 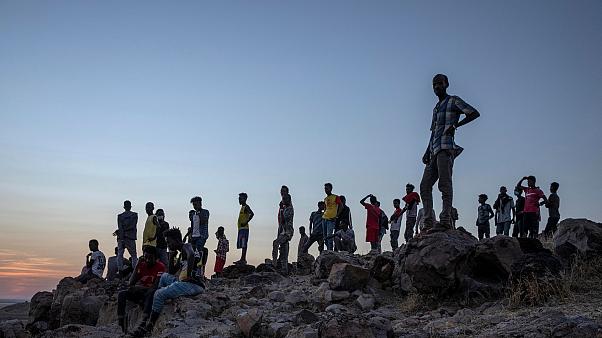 It’s not enough that an apparent civil war in Ethiopia, between the Ethiopian federal government and the region of Tigray, within the country is shortchanging supplies to the Tigray indigenes, now, they also have to contend with a road block on their path to an escape. The British Broadcasting Corporation BBC, said it cited soldiers, at the Hamdayet border crossing point on Wednesday, and reports from the residents has it that Federal soldiers of Ethiopia are stopping Tigray refugees from going back to the region.

It’s no secret that the United States of America USA, in the last four years under the Trump Administration showed very little interest in involving itself in foreign African affairs, as its budget towards the continent was sub par at best. This as we’ve seen created an opening for China and Russian influence and they have seized this opportunity to the fullest, investing in the continent with its loans and infrastructures. The question now is, with a new administration led by Biden, who for the most part doesn’t seem to share the same political views with Trump, what role will the US play in some of the ongoing issues in Africa? Like the police reform in Nigeria, or the Tigray/Ethiopian conflict.

The G20 summit which was held very recently promises to be as unhelpful in the growing debt crises in Africa as the previous one was. This is generally owing to the fact that this summit feels a lot more like a façade that an actual solution. Even the wealthiest countries in the world have very little influence when it comes to sifting off the debt problems of poorer countries, as summits and opinions and false promises are not going to alter the reality in the grander scheme of things. Debts must be paid and the way to do that is to enrich the debtors. If the G20 summit cannot find initiatives to help achieve this, then the debt problem would unfortunately persist as the help they currently offer has been of very little impact.

The educational revolution sparked by the global pandemic

The theme for the educational sectors all over the world since the pandemic forced people into their homes has been change. Because of the Coronavirus outbreak and how much it forced us to adapt and evolve, we now know for certain that anything is subject to change. The educational sector is particular with this idea, as the pandemic forced people to be ingénue with solutions of how to tackle the halt in learning. Fortunately technology has been available to help and it played a key role in cushioning the impact of the pandemic on education.

The African media’s role in conservation

Africa, as is common knowledge, is house to many natural resources while also hosting an abundance of wildlife. However, while this abundance appears to be a good thing it is causing a depletion of wildlife owing to the misconception that there is enough wildlife to ever run out. Unfortunately, also, African media is doing very little to highlight the rapid rate at which our wildlife is depleting. We usually have to rely on western media for this information, which will not be as readily received by the African people as it would if an indigenous source sounded the warnings.