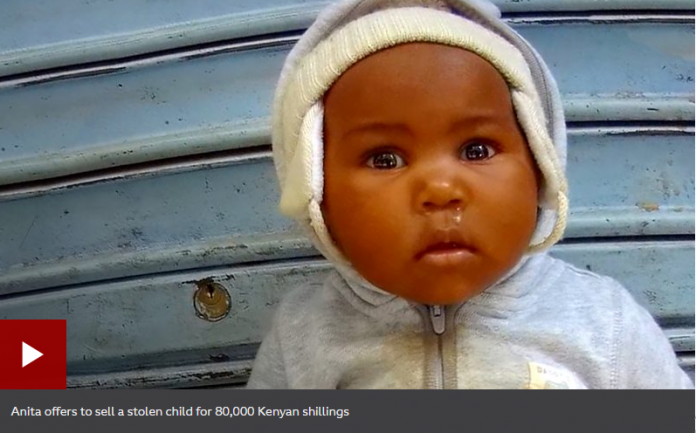 The disappearance of toddlers in the streets of Kenya is a very prevalent problem. Many young vulnerable mothers have reported the cases of their missing babies without much action taken to find these missing kids. Africa Eye, carried out an investigation on the issue and managed to find a woman, identified as Anita, who has made a career off kidnapping and selling kids. Her whole emo is to take advantage of vulnerable new mothers, steal their babies and sell them to her boss or potential buyer for 50,000 shillings or 80,000 shillings.

Rwandan diaspora is not exempted from loyalty oaths

Even thousands of miles from home, Rwandans may still faced directly or indirectly with the sort oppression and political violence that made them run from home in the first place. A video of about 30 Rwandans taking an oath of loyalty to the governing party of Rwanda, the Rwandan Patriotic Front, at the Rwandan embassy in UK, circulated on WhatsApp. A few experts noted that while some of the people in the video may be sincerely pledging their loyalty, the others did so under duress, afraid of what might happen to their loved ones back at home if they refuse to take the oath.

A deeper look into the youth demographic in Africa, and you will find some admirable trait amongst these group, and of course a positive ideological difference in this generation from previous ones. Taking a cue from global movements such as #metoo, and #blacklivesmatter, there has been a growing trend of expressive dissatisfaction with governments that have failed to lead as they should. The #EndSARS protest in Nigeria, #Congoisbleeding, #Zimbabweanlivesmatter, and similar campaigns prove that the youth demographic are not going to stand idly by and watch the continent implode.

For the past five years since John Magufuli president of Tanzania got into power, democracy in this part of the world has regressed badly, to the detriment of the Tanzanian people. It was reported that the President’s earlier tenure was marked with seemingly creditable reforms. But after a while his government started to highlight all the characteristics of an authoritarian government, and an increase in political and societal irregularities followed suit, including a 2020 presidential election, marked with violence.

With an increase in population, and a sub-par response to the economic problems plaguing Africa, poverty, climate change and conflict in the continent only seems to be on the rise, which of course affects marginalized groups the most. To combat this, the response to these societal problems must be more swift that the rate at which the problems arise. Also we cannot ignore the part women play in chipping away at this problem, especially since women invest heavily in directly impacting their community by creating a safety net for their family.