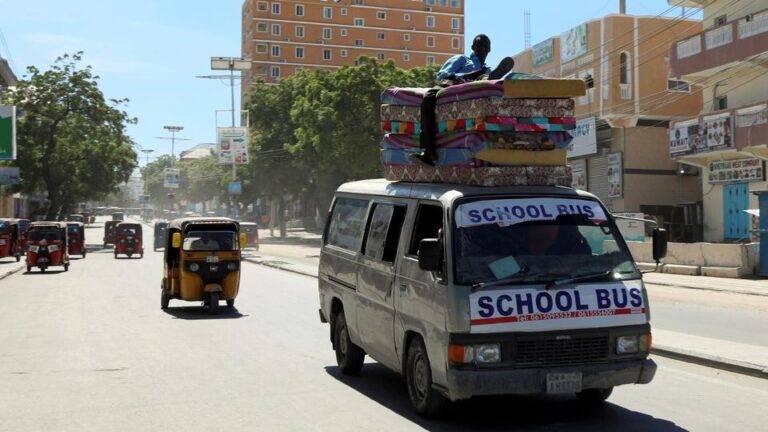 Residents of the Somalian capital are fleeing their homes, fearing armed clashes will renew in their neighbourhoods as tensions rise in Mogadishu – Africa News reports

Military forces had opposed President Farmajo’s term extension and has taken over positions in Mogadishu, barricading roads along Maka al Mukarrama, a key road that is often used by government officials.

Early in the week, sporadic bursts of heavy gunfire rang out across the capital after fighting broke out between government forces and soldiers allied along clan lines to various opposition leaders.

President Mokgweetsi Masisi of Botswana will miss the Southern African regional meeting he had been expected to chair on Thursday, 29th April, to discuss recent attacks on Mozambique after a staff member tested positive for COVID-19 – Reuters Africa reports

This development has prompted him to self-quarantine.

Botswana, South Africa, Zimbabwe and Mozambique will be attending a summit of a division of the Southern African Development Community (SADC), where they will receive a report on how they can help Mozambique’s Cabo Delgado province following Islamic State-linked attacks there.

Accused of holding two official posts simultaneously which clearly violates constitutional provisions, members of Egypt’s House of Representatives criticised The Minister of State for Information Osama Heikal heavily in a session in January.

The MPs had also demanded Heikal to refund all of the money he took from the state while holding both posts, noting that the minister was engaging in a lot of disputes with most of the media workers during the past period.

The Europeans were part of an anti-poaching patrol that was ambushed by gunmen near Pama Reserve on Monday, 26th April.

Government officials in Burkina Faso confirmed their deaths on Tuesday, 27th April. A local soldier was also abducted, but his status is unknown.

As of April 27, confirmed cases of Covid-19 from 55 African countries reached 4,513,541 while over 10,600,820  vaccinations have been administered across the continent – All Africa reports