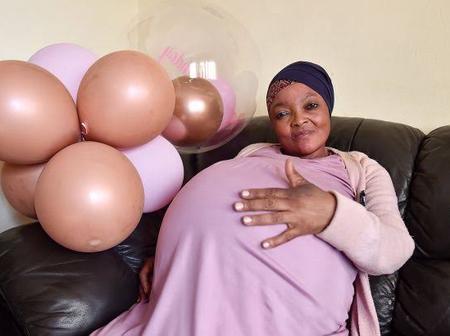 The South African Government have refuted the claims of Gosiama Sithole, who claimed to have birthed 10 babies – BBC Africa reports

According to the government, no hospitals in Gauteng province have a record of the decuplets being born. Medical tests also show that Ms Sithole had not even been pregnant recently.

The government also disclosed that the 37-year-old is now being held under the mental health act for observation and will be provided with support.

The World Health Organization (WHO) regional office disclosed this to the press on Thursday, 24th June.

“In Africa the third wave is picking up speed, spreading faster, hitting harder. With a rapid increase in the number of cases and increasing reports of severe disease, the latest wave threatens to be the worst to date in Africa,” said Dr. Matshidiso Moeti, World Health Organization (WHO) regional director for Africa.

An Ivory Coast court has on Wednesday, 23rd June, sentenced former prime minister and rebel leader Guillaume Soro in absentia to life in prison on charges of plotting a coup against his former ally President Alassane Ouattara – Reuters Africa reports

Soro, who is currently in exile in Europe, was charged with conspiracy and an attempted attack on state authority. He, however, repeatedly denied the charges and denounced them as politically motivated.

“This trial has demonstrated once again the corruption of the Ivorian judiciary and its wilful submission to the diktats of the executive,” Soro said in a statement after the verdict.

A new government will have to tackle a deep financial and economic crisis due to a fall in oil prices.

Djerad’s resignation follows a parliamentary election on June 12 that was marked by a low turnout and no majority winner after two years of mass protests and political turmoil.

Mozambique: EU Peace Mission will be considered in July

According to a report by the Reuters news agency, the Portuguese Foreign Minister, Augusto Santos Silva, disclosed this on Wednesday, 23rd June, to a parliamentary committee in Lisbon.

According to Santos, the EU is hoping that the mission would be approved at the next meeting of EU foreign ministers on 12 July. He stated, “we hope that…it will be formally approved so we can launch this European mission to support Mozambique in the fight against terrorism”.