Y! For Africa Focused on Emerging Leaders and Culture Shapers
Home 54° Across Africa #TFAASpotlight: 10 amazing things about Denrele Edun that will inspire you 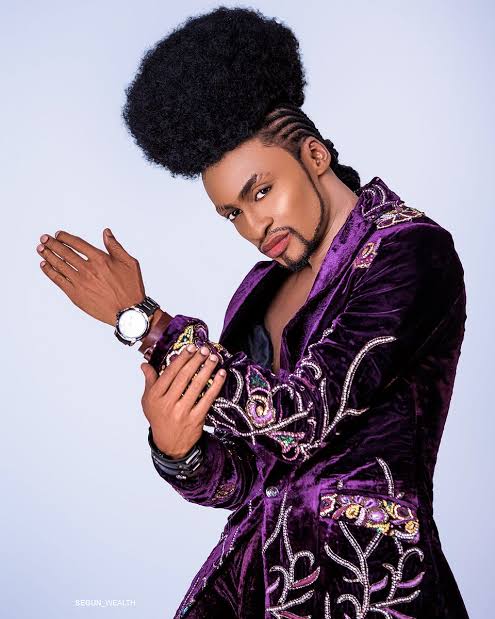 Denrele Edun, was born as Adenrele Oluwafemi Edun on June 13, 1981, to a Yoruba father and Indian-Mauritius mother in Hamburg, Germany. Denrele is a flamboyant man-about-town, a television host, who has been recognised with many awards including The Future Award Africa prize for Best Producer 2007. He is known to have introduced a whole new fashion vibe described as ‘fun and punk’ – add that he is the only celebrity in the world whose fashion and style no one can comfortably imitate.

1. Denrele has grown from his childhood days as a leading character in Kiddievision, the NTA kids show, to modelling, to becoming one of the most widely-recognised TV personas in Nigeria.

2. Denrele has won over 90 awards, including The Future Awards Africa prize for On-Air Personality (Television) 2012, where he was nominated on numerous occasions for the same award. He has over 30 award nominations in his career and has sustained his ‘energy’ on screen and on stage, forcing fans to ask if he ever grows old.

3. He studied English Education at the University of Lagos, where he began modelling and joined Soundcity as a TV presenter after. “School no be scam” after all.

4. Questions have been thrown about concerning his calculated madness and edgy eccentricity – and sexuality – and he has remained unperturbed. He says, “When I started, I had people come up to me doubting my sanity. People walked up to me on the street and in school. When I was at UNILAG, my lecturers would walk me out of class every day. The reception was negative. Now it’s social media, I really cannot be bothered. Those opinions are not my reality.”

5. He has featured in several Nigerian films and has shown his versatility in that aspect. Call him the creative genius.

6. He insists normal is boring. “What I tell people is that you cannot create a certain level of change without a certain level of madness. And that madness is, non-conformity. You turn your back on the old formula, shit your eyes to it and invent your formular.“

7. Call him the ‘media boy’. He is, relatively, known to have pioneered the red carpet culture in Nigeria where he attracts people who would ordinarily run from someone dressed like him. Your worries run when you meet him on the red carpet.

8. Denrele inspires – and mentors – others to be free in their world. Be wild, be weird, be witty and rule your intended space – that’s Denrele; that’s how he has stayed relevant. Young people have and continue to take a cue from this to their various endeavours.

9. According to him, “I was not born with a silver spoon, but I worked really hard to create one.” Are you working hard too? He says, ‘don’t stop, you’ll get there’.

10.“When I didn’t have a car, conductors would push me out of the buses and they would shout about a mad man on the loose, when I was in Unilag people used to stone me with pure water. I remember going home to cry, it wasn’t just the choir, they told me to stop coming to church, it was difficult.” And now, he is a sought after television star and people most times forget their conservative nature when they remembered him.