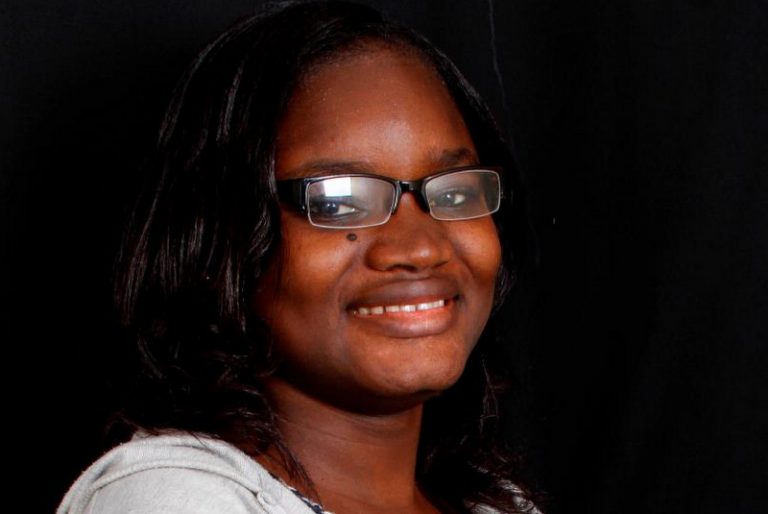 Rasheeda Mandeeya Yehuza is a Ghanaian software engineer working at VOTO Mobile – a company that amplifies the voice of the voiceless via a mobile phone notification and survey platform.

She was exposed to computers at the tender age of 8 while growing up in Ghana. She followed up on her passion to become an expert in the field of computing and leverage on technology in providing innovative solutions to tech related problems.

Rasheeda is an innovative woman and has contributed greatly to the emerging tech sphere of Ghana.

In October 2011, she created SnapSO Shutdown Manager; a windows program that allows you to set the time you would want your computer to shut down, restart, hibernate or log off.

In November of the same year, she created the SnapSo web browser. The browser does pretty much what every other browser can do.

Between January 2012 – May 2012, she built Buju Hunt Game; a role-playing 3D game for her computer science mini project while in her 3rd year at the University.

Between October 2012 – 2014, she co- founded Click Trade Ghana with Christopher AmanorShe. This is an online platform which connect buyers and sellers in Ghana. She also managed the product’s development, direction, team and business strategy.

In June 2013, she Co-founded Tech Needs Girls Ghana. Tech Needs Girls is an annual interactive one-day workshop for girls in Senior Secondary Schools in Ghana. The essence of this workshop is to teach girls how to develop mobile and web applications and also interact with software that helps them understand STEM (Science, Technology, Engineering and Math education).

In August 2013, she founded Nasara Tech Ltd. She worked as Technology Lead at the Kumasi based firm in Ghana. Her achievements and job roles include setting up the strategy and vision for the tech firm, crafting viable strategies in marketing and sales of Nasara Tech’s products. She also maintained the company’s websites and products and helped to manage the technical especially on website development.

In May 2015, she worked with Wendel Laryea to create the Nasara Election System; a web-based election system that electronically simulates electrical voting processes.

At VOTO Mobile in Ghana, she is responsible for designing web frontend components, managing frequent VOTO’s bi-weekly sprint testing and release process and programme web applications to run the VOTO system. She also develops computer interfaces to run the GSM mobile telephone system. She was among the team at VOTO that invented a technology which provides interactive voice content surveys in local dialect.

Here are her achievements and awards:

She is also actively involved in youth development in Ghana. She is an organiser, mentor and member of GhanaThink Foundation Program; a youth led NGO focused on harnessing diverse talents of Ghanaians at home and diaspora.

Rasheeda Yehuza is the future!