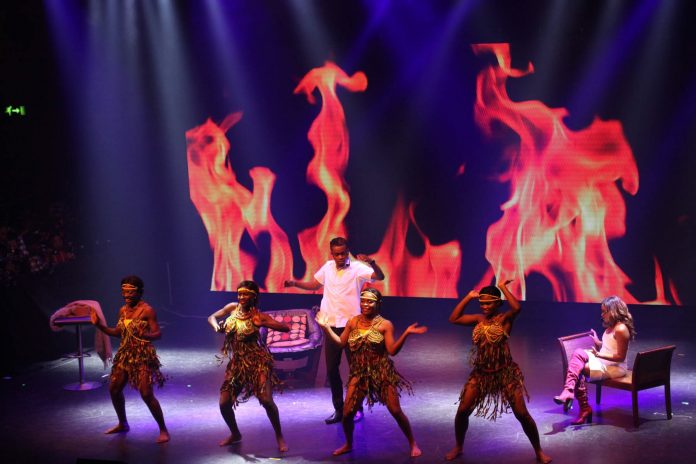 When the legendary Hubert Ogunde (10 July 1916 – 4 April 1990) founded his theatre touring company — the African Music Research Party — in 1945, he laid a foundation for a now globally competitive culture and entertainment industry. The sign of things to come reared its head two years later with the emergence of Kola Ogunmola’s Theatre Party in 1947.

When Duro Ladipo came on the scene in the early 60s, theatre had become a relatively acceptable entertainment culture in Nigeria — ‘relatively’ because it was still very much South-Western, and had not gained significant traction in other regions of Nigeria.

In his article, writer, Martin Banham, said the early theatre practitioners in Nigeria “created biblical and political dramas that toured the country in trucks, performing in hotel yards or community halls to enthusiastic audiences, with lavish ingredients of song, dance, and spectacle.” Their success continued well into the 80s where it peaked and was gradually overtaken by its hybrid offspring — the home video. As home video gained popularity, the audience for theatre performances shrunk and soon became a niche community; a status it maintained over the years until its revival in the 2000s.

Founded in 2003, Bolanle Austen-Peters’ Terra Kulture has no doubt become the face of the revived theatre scene in Nigeria. Primarily set up to promote the richness and diversity of Nigerian languages, arts and culture, it has quickly become synonymous with theatre plays. Beyond the many successes of its plays and art exhibitions, its reputation is rooted in how it quickly adapts to the rapidly changing taste for entertainment among its audience — the critical and commercial success of the 2015 Wakaa the musical attests to this.

Going out to see plays has become a trendy entertainment activity but still largely limited to the economic epicentre of Nigeria — Lagos. New stars are birthed on stages right before the eyes of the audience, and a new culture is being formed. It is now commonplace to have sold out shows — a natural outcome when heavy marketing meets a ready audience.

When Ada the Country: A Musical opened on January 2, 2020, an attendee spoke of the massive audience that stormed Muson centre; one of Nigeria’s foremost performance halls. The attendee alleged that the hall was filled beyond capacity yet the audience was not deterred. Their need to see the play at all cost could weather any inconvenience, even if they had to squeeze in seats to utilise their VIP tickets. This is just the beginning.

Nigerians are only just awakening to a culture that has always been a part of them. Now, a few people have found a way to adapt it to suit their consumption taste.

More plays will be performed to a larger audience. More investors will latch on to the moving train. Stage plays will be as big as theatrical film releases. There’s potential there and sustainable growth is imminent.