Y! For Africa Focused on Emerging Leaders and Culture Shapers
Home 54° Across Africa They shot my parents 11 times, Soweto student beaten, raped and strangled to death with her pants | #54DegreesAcrossAfrica 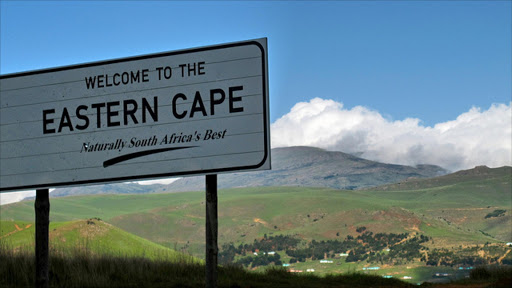 Russia has signed an agreement with Sudan to establish a navy base in the country for at least a quarter century – part of Moscow’s efforts to expand its global reach.

The deal published Tuesday, on the official portal of government documents allows Russia to simultaneously keep up to four navy ships, including nuclear-powered ones, in Port Sudan on the Red Sea. The agreement lasts for 25 years and could be automatically extended for 10-year periods if none of the parties objects to it.

The document states that the Russian navy base should “help strengthen peace and stability in the region” and isn’t directed against any third parties. In exchange for Sudan’s permission to set up the base, Russia will provide Sudan with weapons and military equipment.

Go deeper: Moscow has in recent years turned its eyes to Africa as part of Moscow’s efforts to restore a regular naval presence in various parts of the globe.

It has wooed Sudan with military and civilian nuclear cooperation, signing a deal between the countries’ armed forces in May 2019 set to last seven years.

In January last year, Russia acknowledged, as a political crisis reached its peak in Sudan, that its military advisers had already been on the ground “for some time” alongside forces loyal to the government.

Former Sudanese President Omar al-Bashir had asked President Vladimir Putin to “protect” his country from the US when he visited Russia in 2017.

The two leading candidates in Ghana’s presidential election Tuesday, said they are confident of victory based on their own tallies, as the schedule for the announcement of official results was delayed.

Ghana’s ruling New Patriotic Party (NPP) Tuesday morning, said that President Nana Akufo-Addo held a slight lead in his bid for re-election, with 52.72% of the votes from 88% of polling stations.

Go deeper: On Tuesday night, Akufo-Addo‘s rival, former President John Mahama, said he had won 10 of 16 regions according to his camp’s preliminary tally.

“I am happy with the results,” Mahama said in a speech. “We will resist any attempt to subvert the will of the people.”

Both sides have said they will also likely come away with a majority in the parliamentary vote.

Ghana is seen as a solid democracy in an unstable region where election disputes this year have prompted fears of a democratic backslide.

They shot my parents 11 times

The murder of a couple on their Eastern Cape farm Friday, has left their teenage son devastated after he witnessed two men shooting his parents 11 times.

On Tuesday Siphamandla April, 19, relived the horror of seeing the two assailants opening fire on his father Takiyana April, 66, and mother Nontembiso, 56.

Takiyana was shot twice in the heart while his wife was shot nine times.

Soweto student beaten, raped and strangled to death with her pants

A Protea Glen, Soweto, family is mourning the death of their daughter who was found dead at a nearby playground on Monday.

Phuthi Ramara, 21, has become the latest victim of gender-based violence during the UN-led 16 Days of No Violence Against Women and Children.

The naked body of Phuthi, a second-year law student from the University of Johannesburg, was found in a playground in Protea Glen Extension 31 on Monday morning by a jogger.

According to the family, police told them that Phuthi was beaten, raped and strangled to death with her pants.

Phuthi’s grandmother, Agnes Ramara – who raised and lived with Phuthi – said she was devastated by the loss of her grandchild who had a lot to live for.

“I’m going to miss her a lot. I don’t understand what she ever did to those people. They could have just hurt her, at least that way she could have gone to the hospital and come back. Not for them to kill her like that. She was a good child, I never had to reprimand her for anything. I have lost a lot, they have killed me,” the grandmother sobbed.

African youth need to be involved in dealing with climate change

Italy is co-organising next year’s COP26 Climate Conference with the UK, and Rome is placing particular emphasis on informing and involving young people regarding climate change, highlighted Italian Ambassador to South Africa Paolo Cuculi in a joint briefing in Pretoria on Tuesday. The briefing, in which his British and French counterparts also participated, was held at the UK High Commissioner’s residence, and marked the fifth anniversary of the Paris Climate Accord (which was signed in December 2015) and heralded COP26, which will be held in Glasgow in the UK next year.

Go deeper: The involvement of young people in dealing with climate change was especially important in Africa, emphasised Resilient 40 co-Chairperson Khodani Mulaudzi. Resilient 40 was a network of young adult climate and social activists, which now embraced 29 countries. The initiative was a joint Africa-UK partnership and she explained that it aimed to highlight the issue of climate change in Africa.