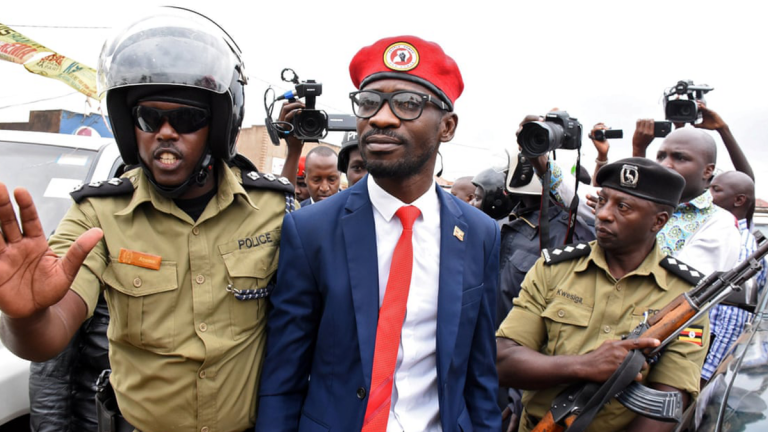 On October 14, Bobi Wine tweeted about his party head office being raided by the military and police.

Let’s start with Bobi Wine is

Bobi Wine is the presidential candidate who is an opposition to the incumbent President Yoweri Museveni. Robert Kyagulanyi Ssentamu, also known as Bobi Wine, is a Ugandan politician, activist, singer, actor, businessman and philanthropist.

In April 2017, Bobi Wine announced his candidacy for parliament in an upcoming by-election for the Kyaddondo East Constituency. He gained attention both in Uganda and abroad by his door-to-door walking campaign.

On July 24, 2019, Bobi Wine had announced his bid to run for President in the 2021 general election. By July 22, 2020, he had joined the National Unity Platform opposition political party and had been elected its President and presidential flag-bearer in the upcoming February 2021 national election. He is currently the leader of a latter prominent political party, NUP, National Unity Platform in Uganda.

Why was he attacked?

It seems his intention to run for the presidency has made him an easy target for the ‘opposition’ but one begins to wonder, are we not all running to see that the standard of living improve for all Ugandans? And if this is what it means to run for Presidency or any leadership position, it can be discouraging for young Africans to boldly stand for their right.

Some had this to say;

But in spite of that, people are very hopeful and hopefully he is speaking the minds of many Ugandans.

On security agencies and allegiances

Are the security agencies not setup to protect the lives and properties of the citizens of the countries they are set up in? Why does it seem like the security’s allegiance tilts towards those in authority than for the people they were set up to protect?

Do security agents not know their worth? Have they relegated their common sense and innocence to be brutal, all the time? Being a security official does not equate not having a smile on your face or a lack of emotional intelligence. Of course, there are a few who are doing well but the rot we see is a pointer to something deeper.

Why will security agents attack the office of Bobi Wine if not that he is a threat to the opposition party? And it might not be. But every country should have candidates safe no matter what. At the end of the day, leadership is an opportunity to serve the people.

Or maybe some of our leaders don’t know.

For someone who has been ruling since 1986, one cannot begin to imagine if he thinks he’s ready to let another lead after such a long time. Bobi Wine seems to be doing more than what other predecessor opposition didn’t do or maybe not so.

Does Bobi Wine have a chance running against someone who has been ruling since he was a toddler or should he just forget it?

And if we have leaders who are doing quite well for their citizens, would we mind them staying as long as possible?

Read about African leaders knowing when to exit leadership here