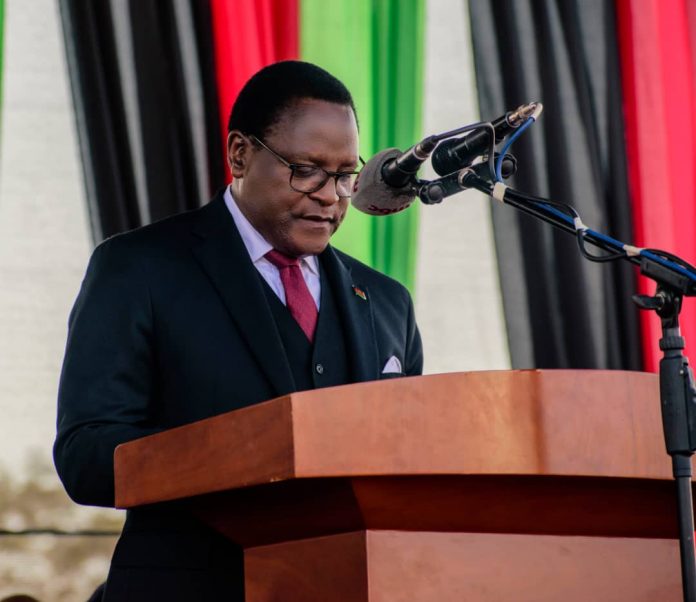 Like every other continent, politics in Africa is usually examined on a country level, as political systems differ from one another and usually experience changes more often. But there are questions often raised as to whether African politics can be understood on the same political spectrum, based off the argument of similar historical patterns of political development in African states. It is a large discussion, one we would rather have another day. For now, let’s bring you the stories influenced by political events across Africa:

Pastor Lazarus defeated incumbent Peter Mutharika with 58.57% of votes in Tuesday’s poll, making it the first time in Africa’s history that an opposition candidate will beat an incumbent in a rerun election.

In February, Malawi’s constitutional court annulled Mutharika’s poll win in May 2019, citing vote tampering – This divided the country along divergent political lines, but the new president has committed to national unity, notwithstanding the political divide.

“There’s no cause for fear because I will be your president and my policy for inclusivity means we are building a new Malawi for all of us,” he said.

Chakwera was sworn in alongside his running mate, Saulos Chilima, as vice president.

Chakwera supporters gathered for a fireworks display in the capital Lilongwe, celebrating his victory. With loud cheers and applause they waved Malawi’s red, black and green flag in celebration. Chakwera won with 58.57 percent of the vote, the electoral commission said Saturday.

Other countries in Africa have had elections annulled – it happened in Kenya in 2017, but no opposition won until Chakwera.

The election story across Africa

Elections are an important decider in any country’s history. It is the time when the people exercise their constitutional rights to choose new leaders. A time when politicians test the strength of their followership and the legacies they have built. And 2020 is a year of many elections in Africa.

See table below for elections to hold this year:

Somalia has joined the league of countries that cannot hold elections – not because of the coronavirus, as in the case of Ethiopia, but because of preparatory challenges, the elections chief has disclosed.

The Ethiopian government had decided to postpone the scheduled elections for an unlimited time as a result of the pandemic. “A delay was almost inevitable because of the potential risks of spreading the virus. Elections involve human-to-human interaction so holding one when there is an outbreak would have been very risky,” William Davison, a senior Ethiopia analyst at the International Crisis Group, told Al Jazeera.

Conversely, Guinea went to the polls in late March to elect members of parliament and vote on a proposed constitutional reform against a backdrop of street protests and despite the threat of the coronavirus pandemic. The country’s opposition boycotted the long-delayed poll, accusing President Alpha Conde of planning to use the constitutional referendum to extend his stay in office.

Meanwhile, as the pandemic takes a firmer hold on the continent, elections scheduled for next year could also be affected.

Dicko is the central player in this challenge to unseat a leader who seems not to have the political will to solve the huge problems Mali continues to face. In April 2019, he organised protests that forced the sacking of then prime minister Soumeylou Boubeye Maïga.

On Tuesday, leaders of Keïta’s governing camp sat down for talks with M5 – the opposition alliance. But two days previously they had first met the Imam, aware that he has the popular reach that may be decisive.

International mediators too – from the UN peacekeeping mission to Mali, the European Union (EU) and the Economic Community of West African States (Ecowas) – have also taken care to sound out Imam Dicko.

Dicko had previously endorsed Keïta’s in 2013, who had promised to restore national pride, following two years of crisis. But Keïta is now under siege, especially with the March 25 kidnap of Soumaïla Cissé – the runner-up in the 2018 presidential election – by Somali Jihadist militants.