Y! For Africa Focused on Emerging Leaders and Culture Shapers
Home 54° Across Africa Lazarus Chakwera sworn in as president after historic win | #54DegressAcrossAfrica 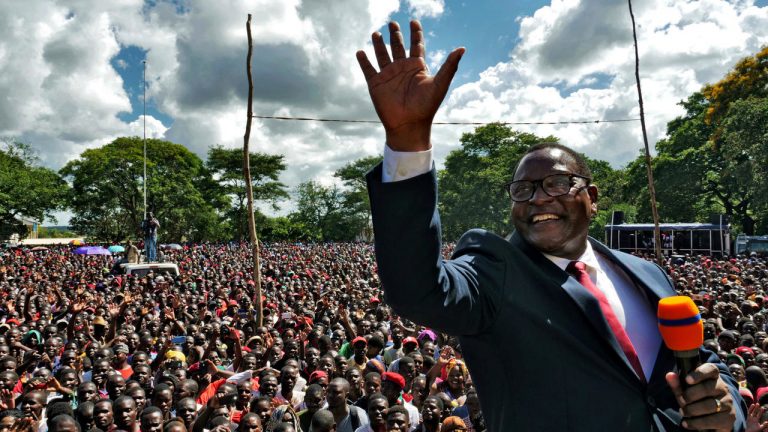 Malawi held an investiture for president Lazarus Chakwera and vice-president Saulos Chilima, hours after the elections body declared Chakwera winner of last Tuesday’s polls; where he defeated incumbent Peter Mutharika with 58.57% of votes.

Backstory: In February, Malawi’s constitutional court annulled Mr Mutharika’s poll win in May 2019, citing vote tampering. The fight for free and fair elections is a continental challenge with victories celebrated by all the parties involved.

What this means: No opposition has ever defeated an incumbent in an election rerun. So, observers are already interpreting this as a significant step  towards democratic progress in the country.

Born in Lilongwe to a subsistence farmer, the philosophy and theology graduate has pledged to raise the national minimum wage, among other reforms.

Ethiopia is the new destination for African, global telecom giants

Twelve telecom companies have shown interest in entering the Ethiopian market according to the country’s communications regulator. The bidders range from top players across the continent and a number of global players.

Go deeper: In a statement, the Ethiopia Communications Authority (ECA) said that of the 12 submissions, nine were from telecoms operators, two were from non-telecoms companies and one was incomplete. Some of the interested players include a joint South African-Kenyan-British bid from Vodafone, Vodacom, and Safaricom; South African company MTN; Saudi Telecom Company; French company Orange.

Nine more unidentified bodies were discovered in mass graves in the Libyan city of Tarhuna, an official said Sunday.

Chairman of the Libyan General Authority for Research and Identification of Missing Persons, Kamal Al-Siwi, announced that the number of corpses discovered had risen to 19 since search efforts began on June 5.

Backstory: Libyan authorities announced earlier this month that international efforts are underway to establish a fact-finding committee to investigate violations by Haftar’s militias, including planting landmines and digging mass graves as well as other violations in Tripoli and Tarhuna.

A small-scale miner in Tanzania has become an overnight millionaire after unearthing two of the biggest rough tanzanite gemstones ever found.

The gist: The miner, Laizer, said in a televised interview he plans to open a shopping mall and a school for his community. “The money that I have received today, I will allocate it to more development activities.”

Uganda is receiving hundreds of nationals via repatriation flights with the latest being arrivals from Afghanistan, South Sudan and Ethiopia, local news outlet, the Monitor reported.